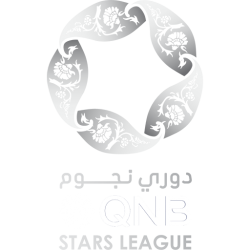 The Qatar Stars League (Arabic: دوري نجوم قطر‎), formerly known as the Q-League, also known as Qatar Premier League (QPL), is the highest professional league in Qatari football, with the next tier being the Qatargas League. The league's first season was played in 1963, although the first official season occurred in 1972. The club which has won the maximum cumulative championships is Al Sadd SC, with 14 titles, including the most recent league. The league currently features 14 clubs, with one club being demoted to make room for one club being promoted.

The Qatari league system provides 4 domestic cups that these clubs are able to participate in: the Emir of Qatar Cup, open to all teams in both the first and second divisions, the Qatar Crown Prince Cup a postseason tournament played by the top four first division teams, the Sheikh Jassem Cup, a prelude to the first division regular season, and the Qatari Stars Cup, a round-robin tournament played midseason. The league title has been won by 8 clubs since its inception.