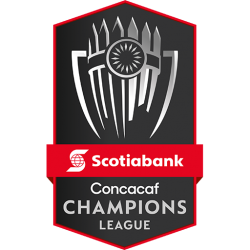 The tournament currently uses a knockout format, though the tournament had a group stage prior to the 2018 tournament. Unlike its European and South American counterparts, the winners of the CONCACAF Champions League do not automatically qualify for the following season's competition.

The competition was originally known as the CONCACAF Champions' Cup when it was first organized in 1962. The title has been won by 28 clubs, 17 of which have won the title more than once. Mexican clubs have accumulated the highest number of victories, with 34 titles in total. The second most successful league has been Costa Rica's Primera División with six titles in total. Mexican side Club América are the most successful club in the competition's history with seven titles, followed by fellow Mexican-side Cruz Azul with six titles. The most successful non-Mexican club is Saprissa of Costa Rica with three titles. The only four teams to successfully defend the trophy are all Mexican: América, Cruz Azul, Pachuca and Monterrey. The current champions of the competition are Monterrey, who defeated UANL in the 2019 finals.