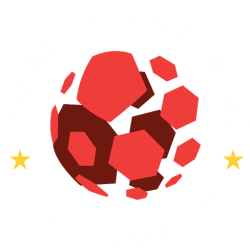 The Indian Super League is a football league in India. It is one of the two co-existing premier football leagues in India along with I-League. For sponsorship reasons, the competition is officially known as the Hero Indian Super League. The competition is contested by ten teams and is played in a span of six months from October to March. It is organized by the Football Sports Development (FSDL) and governed by the All India Football Federation (AIFF).

Founded on 21 October 2013 in partnership with IMG, Reliance Industries, and Star Sports, the Indian Super League was launched with the goal of growing the sport of football in India and increase its exposure in the country. The competition's first season took place in 2014 with eight teams. During the first three seasons of the Indian Super League, the competition operated without official recognition from the Asian Football Confederation, the governing body for the sport in Asia. The competition also operated along the same lines of the Indian Premier League, the country's premier Twenty20 cricket competition, with the league campaign lasting for 2–3 months and matches held daily. However, before the 2017–18 season, the competition earned recognition from the AFC, expanded to ten teams, and extended its schedule to five months.

Unlike most football leagues around the world, the Indian Super League does not use promotion and relegation, instead choosing to grow the league through expansion, similar to Major League Soccer in United States. However, a formal structure for promotion and relegation will be introduced by 2023–24. During the league's first five seasons, three teams were crowned champions: ATK in 2014 and 2016, Chennaiyin in 2015 and 2017–2018 and Bengaluru FC in 2018–2019.