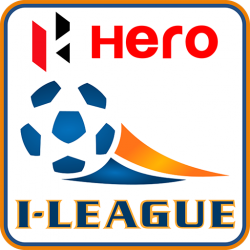 The I-League, formerly known as National Football League, is one among the two co-existing premier football leagues in India together with Indian Super League. For sponsorship reasons, the league is officially known as the Hero I-League. It is currently contested by 11 clubs across the country.

The competition was founded in 2007 as the successor to the National Football League (NFL) and competition commenced in November 2007. The league was launched as India's first ever professional football league and with the aim to increase the player pool for India's national team. Unlike the franchise based Indian Super League, the I-League operates on a system of promotion and relegation with the I-League 2nd Division. For the clubs that become I-League champions, they are granted the opportunity to participate in the AFC Cup, Asia's secondary international club competition.

Since the inception of the I-League, a total of seven clubs have been crowned champions. Dempo have won the most titles in league history, being crowned champions three times. Churchill Brothers and former I-League side Bengaluru have won the league twice. Salgaocar, Mohun Bagan, Aizawl, Minerva Punjab, and the current champions, Chennai City have won it once.