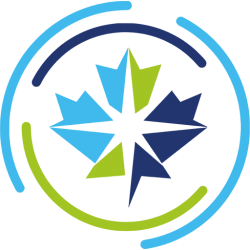 The Canadian Premier League (CPL or CanPL; French: Première ligue canadienne) is a professional soccer league in Canada. At the top of the Canadian soccer league system, it is the country's primary national soccer league competition. The league consists of eight teams, from five of Canada's ten provinces. The regular league season lasts from April to October, with each team playing 28 games. The season culminates in the CPL Finals. The CPL champion earns a berth in the CONCACAF League, playing against teams from Central America and the Caribbean. All CPL teams also play in the Canadian Championship against Canadian clubs from other leagues. Qualification for the CONCACAF Champions League is available to CPL clubs through either the Canadian Championship or CONCACAF League.

The league was officially sanctioned by the Canadian Soccer Association on May 6, 2017, originally with a soft launch date of 2018, that was later pushed back to 2019. The league's focus is to improve national soccer talent and the sport in Canada, with several rules in place to ensure this. These include a minimum quota of Canadian players on team rosters and starting line-ups, requirements for domestic under-21 players, and a university draft.

The league's first season included seven teams, while an eighth, Atlético Ottawa, joined for the second season in 2020. The CPL is headquartered in Toronto, Ontario, with plans for a second office in Hamilton, Ontario.