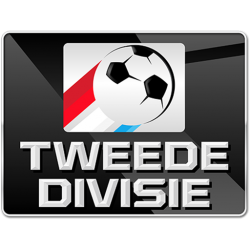 Tweede Divisie (English: Second Division) is the highest amateur (and historically the lowest professional) football league in the Netherlands. It was established in 1956, together with the Eredivisie and the Eerste Divisie. Between 1956 and 1960 and between 1962 and 1966, the league consisted of two divisions, Tweede Divisie A and Tweede Divisie B. The league was disbanded in 1971. Six clubs were promoted to the Eerste Divisie (De Volewijckers, FC Eindhoven, FC VVV, Fortuna Vlaardingen, PEC and Roda JC), while the other eleven teams became amateur clubs.

Plans for a new, amateur Tweede Divisie, to be made up of 4 reserve teams and 14 Topklasse clubs, were approved in a KNVB assembly in December 2014. Thus, the Topklasse, renamed the Derde Divisie (English: Third Division), and leagues below decremented by one level, and furthermore, promotion and relegation among the second to fourth divisions were implemented starting in 2016–17. Despite its amateurism, the league obligates its clubs to have a minimum number of players under contract. No first team will be promoted to the Eerste Divisie until after 2022–23, but from the end of 2020–21 at first, the highest-ranked second (i.e., reserve) team gains promotion, while the lowest-ranked reserves are relegated to a new under-21 division. An under-23 competition has been established for the Tweede Divisie's amateur clubs that are not directly eligible for its under-21 equivalent. Because of the 2020–21 season's cancellation, promotion or relegation is likely to be deferred to the end of 2021–22.