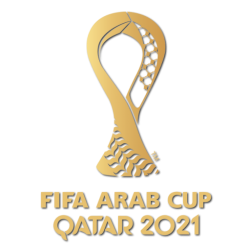 The FIFA Arab Cup (Arabic: كأس العرب‎, romanized: Kaʾs al-ʿArab), or simply Arab Cup, is an international association football competition which has been organized by FIFA since 2021, and is contested by the senior men's national teams of the Union of Arab Football Associations (UAFA), the sport's governing body for countries in the Arab world.

The championship's inaugural edition was in 1963, held in Lebanon, which was won by Tunisia. After having been played in 1964 and 1966, the Arab Cup was halted for almost 20 years, before being contested in 1985. The tournament was played five more times until 2012, the last competition organized by the UAFA. The 2021 edition will be the first organized by FIFA.

The nine Arab Cup tournaments have been won by five national teams. Iraq have won four times; the other Arab Cup winners are Saudi Arabia, with two titles; Egypt, Morocco, and inaugural winner Tunisia, with one title each.

Seven countries have hosted the Arab Cup. Kuwait and Saudi Arabia have each hosted twice, while Lebanon, Iraq, Jordan, Syria, and Qatar have each hosted once. Qatar will host the 2021 tournament, and will become the third country to host games in two Arab Cups.