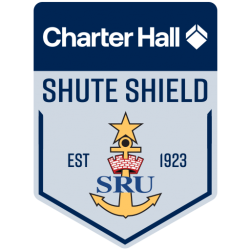 History
Club-based rugby football began some time before 1865. The Sydney University Football Club began in 1863 (although this date is questioned by some historians) and is the oldest existing football club outside the British Isles. The first recorded rugby season in Australia was in 1865 with Sydney University, Sydney Football Club and the Australian Club reported as playing games.

On 24 June 1874, a meeting was held between ten prominent football clubs to create a governing body to administer the game within New South Wales. The Southern Rugby Football Union was formed. The first task of the Union was to decide on a set of rules for all clubs to adhere to. Clubs were given "senior" or "junior" status which could change from season to season. Although a governing body had now been formed, there was no centrally controlled competition until many years later.

The Sydney Rugby Premiership
Initially, a competition was loosely arranged by the Union where the clubs were in charge of organising their own matches. This would result in clubs not playing the same teams or the same number of teams. A "Premier Club of the Colony" was declared by the Union at an end of year meeting. It was not necessarily given to the team that had the best results on the field. Results mattered, but other criteria may have also been used. What these were are not known.

The year 1880 saw the Southern Rugby Football Union endure the first splintering of the football code in Australia. It was during this season that a newspaper "war" began. Discussions centred around the merits of Rugby Football, British Association Football (Soccer) and the Victorian game (Aussie Rules Football). As a result of these heated discussions, an association was formed under the Victorian rules with two strong clubs formed to play the game. No sooner than the dust had settled and another association was formed under the British Association rules. Despite this new competition, Rugby Football held sway as the premier code in Sydney.

In 1883, the Gardiner Challenge Cup was introduced with a mixture of "senior" and "junior" clubs competing. Foundation clubs included Redfern, Sydney University, Wallaroo, Newtown, Burwood, Oriental, Glebe, Balmain, St. Leonards, Parramatta, Arfoma and Paddington. The first Cup was won by Redfern who were undefeated. At the beginning of the season, a proposal was put to the Southern Rugby Union to change the rules determining how a game was decided. Prior to the 1883 season, a game was decided by the number of goals scored. The amendment that was successfully passed by the Union declared that games would be decided by number of points scored. A try was awarded 2 points, a conversion was 3 points and a goal kicked from the field of play 4 points.

Within a few years of the Gardiner Cup beginning, the Premiership had developed to become a more structured competition with a centralised list of fixtures and rounds. An official ladder was produced and maintained with points given for wins, draws and byes. By the 1890s a finals system was introduced to assist in determining the premiership winner.