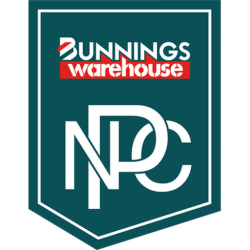 The National Provincial Championship (NPC), known for sponsorship reasons as the Bunnings NPC, is a professional rugby union competition for New Zealand provincial unions consisting of 14 teams, divided equally between the Premiership Division and the Championship Division. The NPC remains the second highest level of professional rugby union in New Zealand, after Super Rugby. The NPC's 11-week regular and finals season runs from two weeks after Super Rugby ends to the third week after Labour Day, with each team playing 10 games and having one week playing twice. Following the conclusion of the regular season, four teams from each division advance to their respective play-offs, a single-elimination tournament of semi-finals and final.

The current NPC competition was formed in 2006 as the Air New Zealand Cup, as the replacement of the original National Provincial Championship for the 2006 season. The New Zealand Rugby Union (NZRU) introduced the beginning of a professional era, announcing New Zealand's first ever professional rugby competition following the 2005 season, following the creation of the 14 new professional unions. The team with the most NPC championships is Auckland Rugby Union with fifteen (with two titles after the National Provincial Championship era); the team with the most modern day-NPC championships is Canterbury Rugby Union with nine. The current champions are Tasman Rugby Union, who defeated Auckland 13–12 in the 2020 final.