Aaron James Ramsey (born 26 December 1990) is a Welsh professional footballer who plays as a midfielder for Ligue 1 club Nice and the Wales national team. Ramsey mainly plays as a box-to-box midfielder, but has also been deployed on the left and right wings.

He played as a schoolboy for Cardiff City, where he spent eight years in youth football, became the club's youngest ever first team player, and made 28 appearances (including loan spell) for the senior team – including the 2008 FA Cup Final. Ramsey moved to Arsenal in 2008 in a £5 million deal, where he quickly gained first-team experience. However, his career stalled significantly after he suffered a broken leg in a match against Stoke City in February 2010. After two loan spells away from Arsenal, he returned to full fitness and re-established himself as a regular starter during the 2011–12 season. He also represented Great Britain at the 2012 Summer Olympics. Ramsey was a key player for Arsenal in the 2013–14 campaign, scoring 16 goals in all competitions, including the winner in the 2014 FA Cup Final against Hull City. He also played in the 2015 FA Cup Final, which Arsenal won, and scored a second FA Cup winning goal in 2017. On 1 July 2019, he joined Juventus after having signed a pre-contractual agreement, winning the league title during his first season. In 2022, he joined French side Nice.

Ramsey made his full international debut for Wales in 2008 and was part of their UEFA Euro 2016 campaign, where he helped his country to the semi-finals and was included in the Team of the Tournament and also helped Wales to the last 16 of UEFA Euro 2020. Ramsey then helped Wales qualify for the FIFA World Cup in 2022 for the first time since 1958, describing it as a "dream come true". 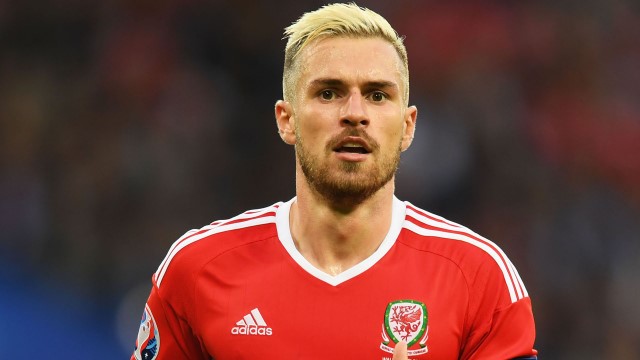