Francis Coquelin (French pronunciation: ​; born 13 May 1991) is a French professional footballer who plays as a defensive midfielder for Spanish club Valencia. He has also featured for Arsenal, Lorient, Freiburg and Charlton Atheltic in his career.

Born in Laval, Mayenne, Coquelin began his career playing for AS Laval Bourny before departing in 2005 for the biggest club in the commune, Stade Lavallois. Coquelin spent three years at the club before being spotted by renowned Arsenal scout Gilles Grimandi, while on international duty, playing in a 2008 UEFA European Under-17 Football Championship elite round qualification match against Israel.

On 22 July 2008, Coquelin joined Arsenal from Stade Lavallois following a successful trial with the club. Although he suffered a thigh injury which cut the trial short, Coquelin impressed and was subsequently offered a deal to stay in North London.

Coquelin played for the first team in Arsenal's pre-season matches against Barnet and Szombathelyi Haladás in the summer of 2008, and made his competitive first team debut for Arsenal in a 6–0 win over Sheffield United on 23 September 2008, coming on as a substitute for Fran Mérida to play at right back. Coquelin scored his first goal in an Arsenal shirt in a reserve match against Stoke City on 6 October 2008, shooting powerfully in from the edge of the box with his weaker left foot.

He was a regular for Arsenal's reserves during the 2009–10 season, playing 12 times and scoring twice. On 22 September 2009, he made his first start for the first team against West Bromwich Albion in the League Cup third round, playing 58 minutes before he was replaced by Mark Randall. He featured again in the League Cup, this time as a second-half substitute for Fran Mérida in the 2–1 victory against Liverpool. Coquelin made a disappointing first FA Cup start in a 3–1 loss to Stoke City. Playing in an unfamiliar right back position, he was substituted in the second half for Aaron Ramsey. 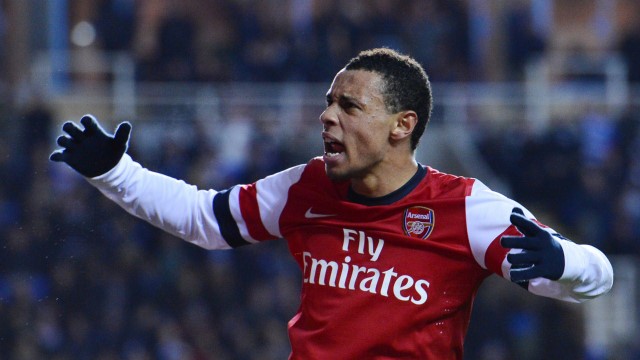 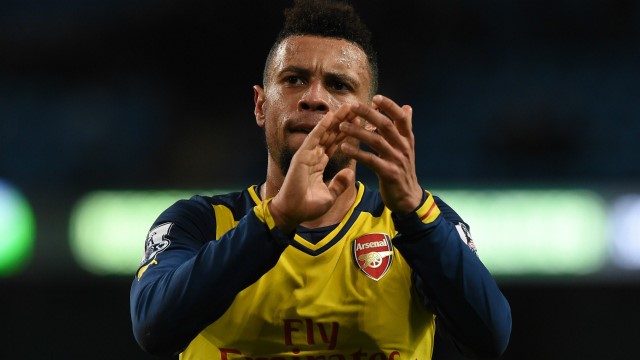