Ainsley Cory Maitland-Niles (born 29 August 1997) is an English professional footballer who plays as a midfielder, winger or right back for Premier League club Arsenal. He spent the 2015–16 season on loan at Ipswich Town. Internationally, he has represented England from under-17 to under-21 level.

Born in Goodmayes, London, Maitland-Niles is a product of Arsenal's Hale End Academy having joined the club at the age of 6. Maitland-Niles made the step up to Arsenal's U21s during the 2013–14 season, having broken into the U18 set up the season before. He signed his first professional contract with Arsenal on 24 October 2014.

On 9 December 2014, Maitland-Niles made his professional debut at the age of 17 years and 102 days in a UEFA Champions League match against Galatasaray, replacing Aaron Ramsey at half time in an eventual 4–1 win for Arsenal. In doing so he became the second youngest player to have represented Arsenal in the Champions League, behind Jack Wilshere. Four days later, he made his Premier League debut, replacing Alex Oxlade-Chamberlain in added time in a 4–1 win against Newcastle United.

Ipswich Town (loan)
On 2 July 2015, Maitland-Niles signed for Ipswich Town on a season-long loan for the 2015–16 season. Upon joining the club, he was given a number seven shirt ahead of a new season.

Maitland-Niles made his Ipswich Town debut, starting the whole game before being substituted in the 82nd minutes, in a 2–2 draw against Brentford in the opening game of the season. Since making his Ipswich Town debut, Maitland-Niles' performances immediately made an impact and was praised by manager Mick McCarthy, describing him as "outstanding". His performance then saw him being named the club's player of the month for September. He scored his first goal for Ipswich and his first ever senior goal in a 2–0 win over Bolton Wanderers on 3 November 2015. His second goal for the club came on 19 January 2016, in a 2–1 loss against Portsmouth in the third round replay of the FA Cup. Later in the season, however, Maitland-Niles' first team opportunities was soon limited, due to injuries and competitions, leading him to play for the reserve side. After making thirty-two appearances and scoring two times in all competitions, Maitland-Niles returned to his parent club.

Return to Arsenal
On his return to Arsenal the following season, Maitland-Niles started a match away at the City Ground against Nottingham Forest in the EFL Cup at right-back. Maitland-Niles again started at centre midfield against Southampton in an FA Cup fourth-round game in an eventual 5–0 win for Arsenal. He came on in the 74th minute as Arsenal was victorious by a 2–0 margin against Sutton United in the fifth round of the cup.

Maitland-Niles established himself as a regular first team player in Arsene Wenger's final season as manager of the club, making 28 total appearances in all competitions. On 12 June 2018, he signed a long term contract at Arsenal. On 12 August 2018, in Unai Emery's first match as manager, Maitland-Niles started at left-back. However, he would be subbed off 35 minutes into the match after suffering a broken leg.

International career
Maitland-Niles has played for England at various levels within the youth setup of the Three Lions. He made three appearances for England U17 in 2014.

He was then called up by England U18 in November 2014 and scored on his debut, in a 3–2 win over Poland U18. He went on to make four appearance for the England U18 side.

In September 2015, Maitland-Niles was called up by England U19 and scored on his England U19 debut, in a 3–2 win over Germany U19 on 4 September 2015. He scored again the following month, in a 2–0 win over Macedonia U19. He was then included in the England U19 squad for the UEFA European Under-19 Championship that saw them reached the semi-final of the tournament.

On 1 September 2016, Maitland-Niles scored on his England U20 debut, in a 1–1 draw against Brazil U20. In May 2017 he was called up to England's squad for the 2017 FIFA U-20 World Cup in South Korea. England eventually got to the final of the tournament where they were up against Venezuela. Maitland-Niles, who came on in the 75th minute of play, went on to raise the 2017 FIFA U-20 World Cup as England beat Venezuela by a 1–0 margin. This triumph also served to be the first time that England have ever won the Under 20 World Cup.

Personal life
Maitland-Niles said he credited God and his family for his football career. He also said he preferred playing in the centre of midfield, describing it as "his natural position." 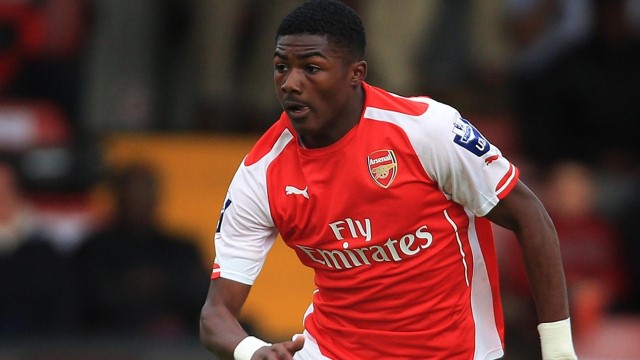