Javier Hernández Balcázar (born 1 June 1988) is a Mexican professional footballer who plays as a striker for MLS club LA Galaxy and the Mexico national team. Hernández is commonly known by his nickname, Chicharito - Mexican Spanish: little pea), which he wears on his shirt.

Hernández began his career in 2006, playing for Mexican club Guadalajara. In July 2010, he became the first Mexican player to join Manchester United, scoring 20 goals and winning the Premier League in his debut season. After falling out of favour under managers David Moyes and Louis van Gaal, he spent the 2014–15 season on loan at Real Madrid. In August 2015, Hernández signed for Bundesliga club Bayer Leverkusen. After two seasons in Germany, Hernández returned to the Premier League and joined West Ham United. His minutes-per-goal ratio is among the most prolific in the history of the Premier League. Having garnered over 60 appearances for West Ham, Hernández joined Sevilla in September 2019. 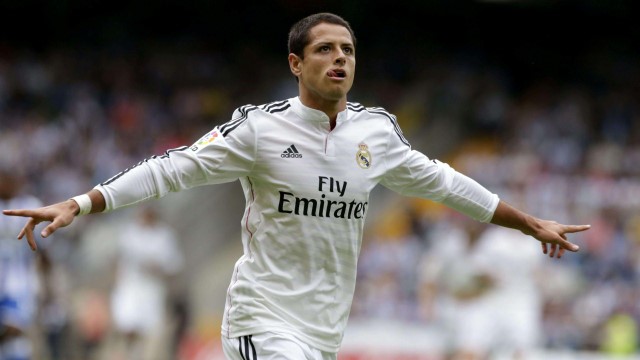