Ángel Fabián Di María (born 14 February 1988) is an Argentine professional footballer who plays for Serie A club Juventus and the Argentina national team.
He can play as either a winger or attacking midfielder. He is often regarded to be one of the world's best wingers.

Di María began his career with Rosario Central, but came into prominence at Benfica after signing for the club in 2007, aged 19. He helped Benfica win a Primeira Liga championship, the club's first in five years, and two Taça da Liga titles. In 2010, Di María moved to Spanish club Real Madrid in a transfer worth €25 million, where he won a La Liga title and the UEFA Champions League. He subsequently signed for Manchester United in 2014 in a then-British record deal worth £59.7 million (€75.6 million), but left a year later to join Paris Saint-Germain. In France, Di María won four league titles, five Coupe de France and four Coupe de la Ligue, which includes three domestic quadruples, and helped the club reach its first Champions League Final. He is also the club's ninth-highest goalscorer and all-time leader in assists.

Di María made his senior international debut for Argentina in 2008 at age 20, and has since earned 120 caps, including appearances in eight major tournaments. He scored the goal that won the country gold at the 2008 Olympics, and featured in the 2014 FIFA World Cup, the 2015 Copa América and the Copa América Centenario; Di María helped Argentina win the 2021 Copa América, scoring the only goal in the final. 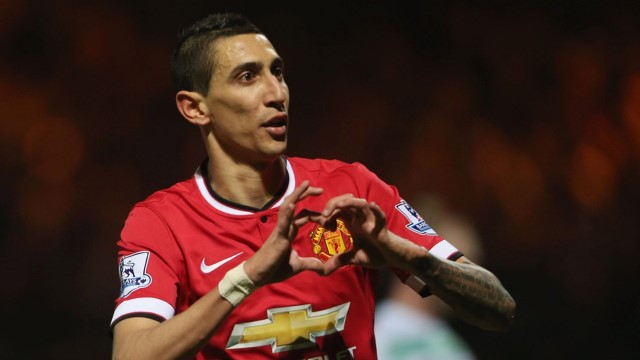