Barrow was born in the Gambia. When he was 11, his mother died. He and his four brothers joined their father in Sweden. He reflected that "Football obviously helped me get through that period of my life. I was very good at football and got a lot of friends at my new school, mainly because many of them really liked to play football with me. I was never bullied because I was from another country."

He spent his youth career at Östers IF and Mjölby AI, before earning his first senior appearances with Mjölby AI. His best friend from Gambia had moved to the town of Mjölby. While visiting his friend, he was invited to train with the club, and quickly caught the eye of the senior squad. This in turn led to a deal with the nearby club IFK Norrköping. After spells at fellow Swedish sides Mjölby Södra IF, IFK Norrköping, and Varbergs BoIS, he joined Swedish second tier side Östersunds FK.

On 30 August 2014, he completed his transfer to Premier League side Swansea City for an undisclosed fee, believed to be around £1.5 million. He became the first Gambian footballer to play in the Premier League – Omar Koroma spent two seasons at Portsmouth starting in 2008, but failed to make an appearance.

"I like the way Swansea play football, it reminds me of how I used to play back home. I've watched a lot of their games on TV and I was impressed with what I saw," he said on signing for Swansea. "They like to give young players a chance and hopefully I can progress here." Barrow went straight into the Under-21s squad. On 28 October 2014, Barrow was included on the bench for Swansea's League Cup match against Liverpool. He was assigned the squad number 58.

On 9 November 2014, Barrow made his Swansea City and Premier League debut against Arsenal, coming on in place of Marvin Emnes for the last 23 minutes of a 2–1 home win. He scored his first Swansea goal on 3 January 2015 in a 6–2 win at Tranmere Rovers in the third round of the FA Cup. Following an impressive start to his Swansea career, Barrow signed a new four-year contract until June 2018.

On 10 August 2015, Barrow was loaned to Blackburn Rovers on a three-month emergency loan. He made his debut the next day in their 1–2 home defeat to Shrewsbury Town in the first round of the League Cup, as a 57th-minute replacement for John O'Sullivan. On 8 September, he was recalled by Swansea. Barrow scored his first league goal for Swansea in a 3-2 defeat at Bournemouth on 12 March 2016.

On 31 March 2015, Barrow was called up for the Sweden national under-21 football team, however he pulled out of the squad due to an injury he had sustained.

In May 2015, he was called up for the Gambia national football team, and on 22 May, he confirmed on his Twitter account that he had decided to play for his native Gambia. Barrow made his debut for Gambia during the 2017 Africa Cup of Nations qualification in a goalless draw away to South Africa on 13 June 2015. 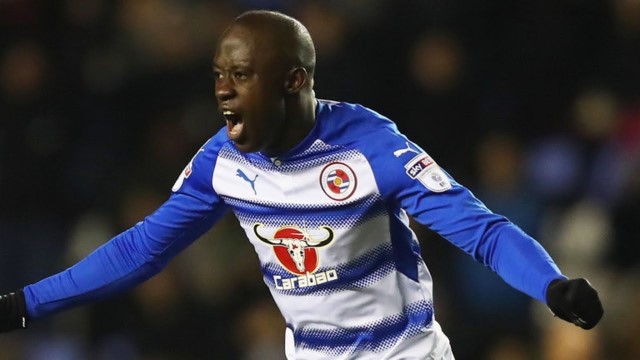