Iker Casillas Fernández (Spanish pronunciation: ; born 20 May 1981) is a Spanish former professional footballer who played as a goalkeeper. Popularly dubbed "San Iker" ("Saint Iker") for his ability to produce spectacular saves, Casillas is widely regarded by many to be one of the greatest goalkeepers of all time, and by some, as the greatest ever. Known for his athleticism, quick reactions and outstanding shot-stopping ability. Having spent the majority of his career at Real Madrid, Casillas is one of the few players to achieve over 1000 professional career matches, and holds the record for the most clean sheets in the UEFA Champions league, as well as for the Spanish national team.

At club level, Casillas started his career with the Real Madrid youth team, eventually gaining promotion to the main team in 1999, where he became the youngest goalkeeper to play in the final of the Champions league, and to win the title, at 19 years and four days. Casillas became the first choice goalkeeper at Real Madrid, winning 2 champions leagues and la Liga titles in his first three seasons, establishing himself as one of the best goalkeepers in the world. During his highly successful career in Madrid, Casillas won all major club titles, including five La Liga titles, four Supercopa de España titles, two Copa del Rey titles, three Champions leagues, two UEFA Super Cups, one Intercontinental Cup and the FIFA Club World Cup. After 25 years with Real Madrid, Casillas joined FC Porto in 2015 on a free transfer, where he won the Primeira Liga and a Supertaça Cândido de Oliveira title. While at Porto, he broke the record for most consecutive seasons played in the champions league (20) and amassed the most appearances in the competition (177).

With 167 international caps, Casillas has the second most appearances for the Spanish national team, making him the joint tenth-most capped footballer of all time. Becoming the nation's first choice goalkeeper at the 2002 World Cup, Casillas went on to play at UEFA Euro 2004 and the 2006 World Cup. In 2008, he was made captain, and led the team to that year's European Championship. Casillas also led Spain to their first World Cup win in 2010, where he kept a record five clean sheets, winning the Yashin Award for best goalkeeper of the tournament. Spain became the first nation to retain the European Championship, winning again in 2012, where he set the record for most consecutive minutes without conceding a goal in the competition (509). In 2014, Casillas became one of four players to represent Spain at four World Cups.

In 2008, Casillas placed Fourth overall in the Ballon d'Or, and has been selected for the UEFA Team of the year six consecutive times from 2007 to 2012, a record for a goalkeeper. Casillas was also selected in the FIFPro world XI a record 5 times for a goalkeeper, and was named as the IFFHS World's Best Goalkeeper a record 5 times, alongside Gianluigi Buffon. He was named as the second best goalkeeper of the 21st century, behind Buffon, and the second best goalkeeper of the past 25 years by the same organisation. 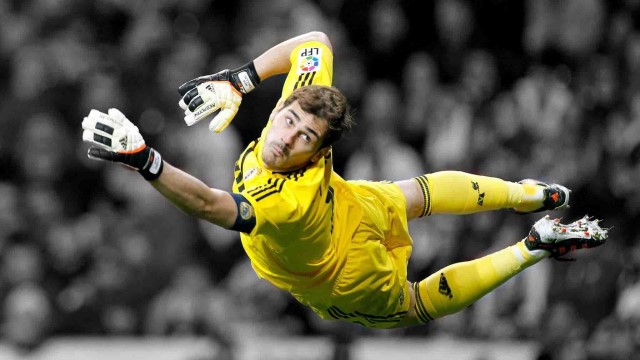 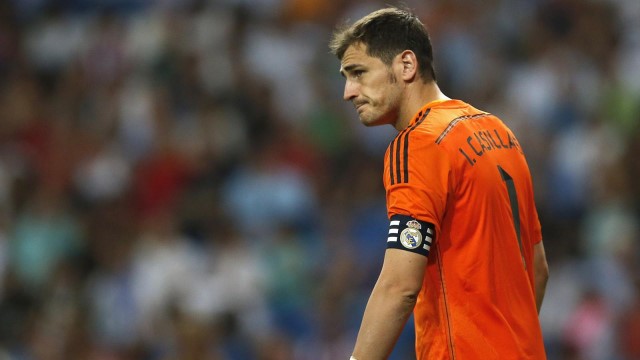 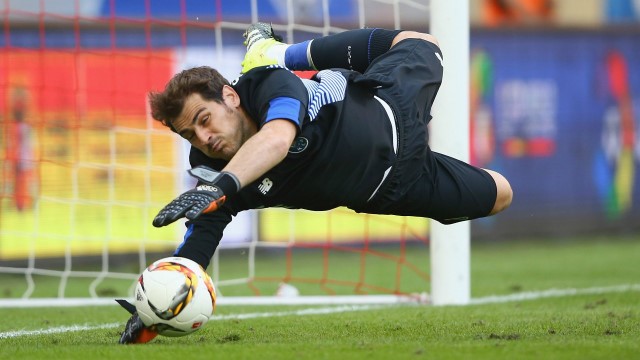