Kepler Laveran de Lima Ferreira ComM (born 26 February 1983), known as Pepe, is a professional footballer who plays as a centre back for FC Porto and the Portugal national team.

During his professional career he played for Marítimo, Porto, Real Madrid, and Beşiktaş with individual and team success with the middle two clubs. He won three league titles, three European Cups and played 334 games for Real Madrid.

Born and raised in Brazil, Pepe opted to play for the Portugal national team, and has earned over 100 caps since his debut in 2007. He played at three FIFA World Cups and three UEFA European Championships, and was a member of the team that won UEFA Euro 2016, also reaching the semi-final of Euro 2012. 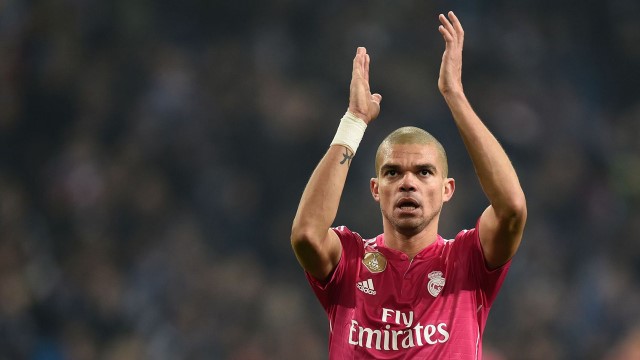