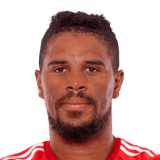 Eliseu Pereira dos Santos (born 1 October 1983), known simply as Eliseu, is a Portuguese professional footballer who plays as a left back who can also operate as a left winger, he is mostly known for his speed. Currntly without club
After starting out at Belenenses he went on to spend most of his career with Málaga after signing in 2007, appearing in 224 official games and scoring 27 goals in two different spells.
Eliseu was born in Angra do Heroísmo, Azores, to a Cape Verdean mother, Néné Pereira, a restaurant owner, and a Portuguese father, an ambulance driver. The couple divorced when their child was a teenager.
Eliseu moved to Portugal's mainland in 2002, moving from Sport Clube Marítimo de Angra do Heroísmo to C.F. Os Belenenses. He gradually broke into the Lisbon-based club's first team, appearing in 19 top division games in his second season.
After a loan with Varzim S.C. in the second level, Eliseu continued to be a relatively important offensive player for Belenenses, but being used mainly as a substitute.
For the 2007–08 campaign Eliseu, alongside countrymen Hélder Rosário and Paulo Jorge, moved to Málaga CF, helping the Andalusians return to La Liga after a two-year absence, with the Portuguese trio totalling 108 matches and six goals combined (three from Eliseu).

The following season he continued to be firmly established in the side's starting XI, scoring his first Spanish top flight goal(s) in a 4–0 away win over neighbours Recreativo de Huelva on 5 October 2008. The following month he also netted, in a 3–4 loss at Real Madrid.

On 25 June 2009, Eliseu joined S.S. Lazio in Italy for exactly €1 million. However, after receiving few opportunities, he joined Real Zaragoza on 7 January of the following year, on loan until the end of the season. He scored in only his second match for the Aragonese, which lost 2–4 at Villarreal CF.

After majorly contributing to Zaragoza avoiding relegation – he also scored in the last matchday, netting a thunderous 35-yard free kick against the same opponents, in a 3–3 home draw – Eliseu returned to Málaga, sharing teams with compatriot Duda.

Eliseu started the 2010–11 season firmly established in the starting XI. On 27 September 2010 he scored from 25 meters against Villarreal to open the score; minutes later, however, he headbutted Carlos Marchena and was sent off, in an eventual 2–3 home loss. As his suspension was lifted he was able to appear in the next fixture, at UD Almería, but the player again received his marching orders after elbowing Juan Manuel Ortiz (1–1 draw). When available, he was an undisputed starter, scoring in a 4–1 home win against Racing de Santander on 5 December 2010 from a volley and also providing two assists to Salomón Rondón; following the arrival of Manuel Pellegrini, who replaced sacked Jesualdo Ferreira, he was mostly used as a left back.
After the arrival of Nacho Monreal, Eliseu played in midfield more often then not. On 3 October 2012 he netted a brace in a 3–0 away win against R.S.C. Anderlecht for the season's UEFA Champions League group stage, the first coming from 20 meters with a thunderous volley and the second through a lob over the goalkeeper.
On 24 July 2014 Eliseu signed with S.L. Benfica for an undisclosed fee rumoured to be around €1,5 million, on a two-year deal with the option for a further one. He reunited at the club with former Belenenses boss Jorge Jesus, having being rumoured to join since 2012.
Eliseu made his official debut for his new team on 10 August 2014, playing the full 120 minutes as a left back in a penalty shootout win against Rio Ave F.C. for the domestic supercup (0–0 draw). He scored his first goal for Benfica in ferocious strike from out of the box, that ended up being the winning goal in a away victory against Boavista. On 21 September 2014, he scored his second goal for Benfica in a league match against Moreirense, with a strike from 30 meters out.
Courtesy of his Málaga performances, Eliseu was first called to the Portuguese national team for an exhibition game with Finland on 11 February 2009, but did not leave the bench. He finally made his debut on 10 June in a 0–0 friendly against Estonia.

Although not part of the provisional 24-player list for the 2010 FIFA World Cup in South Africa, Eliseu was named in a backup list of six players.He scored his first international goal on 7 October 2011, in a 5–3 home win against Iceland for the UEFA Euro 2012 qualifiers where he featured as a left back and also provided two assists. 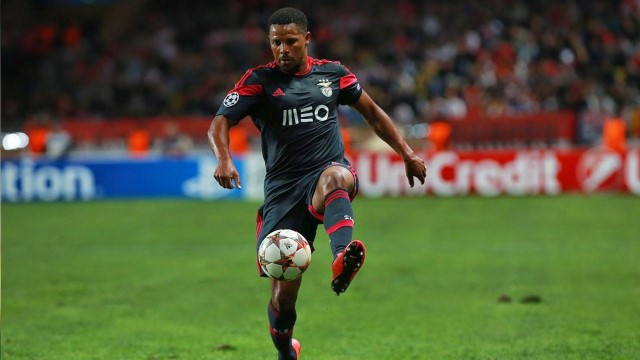