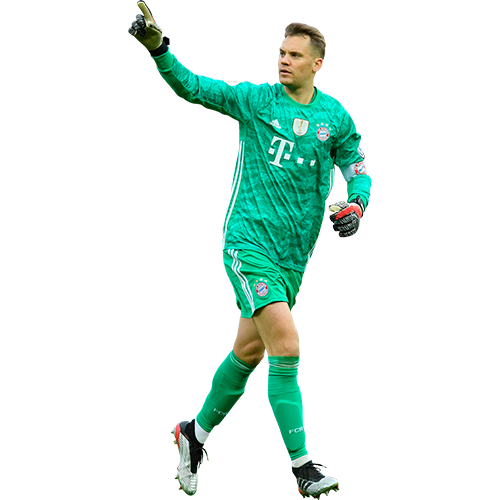 Manuel Peter Neuer (German pronunciation: ; born 27 March 1986) is a German professional footballer who plays for Bayern Munich and the Germany national team. He is a goalkeeper and serves as vice-captain for Bayern Munich and captain of Germany. Neuer has been described as a "sweeper-keeper" because of his unique playing style and speed when rushing off his line to anticipate opponents; he is also known for his quick reflexes, excellent shot-stopping abilities, strength, command of his area and accurate control and distribution of the ball.

In 2014, Neuer finished third in the voting, behind Lionel Messi and Cristiano Ronaldo, for the FIFA Ballon d'Or award. The same year, he was ranked the third-best player in the world by The Guardian.