Arjen Robben (born 23 January 1984) is a Dutch former professional footballer who played as a winger. He is known for his dribbling skills, speed, ball control, and his long-range shots. Robben is regarded as one of the best players of his generation and one of the best wingers in the world in his prime.

Robben first came to prominence with Groningen, for whom he was player of the year for the 2000–01 Eredivisie season. Two years later he signed for PSV, where he became the Netherlands' Young Player of the Year and won an Eredivisie title. The following season Robben's signature was pursued by leading clubs, and after protracted transfer negotiations, he joined Chelsea in 2004. Robben's Chelsea debut was delayed through injury, but upon returning to fitness, he helped Chelsea bring home two consecutive Premier League titles, and was the Premier League Player of the Month in November 2005. After a third season in England which was punctuated by injury, Robben signed for Real Madrid in a transfer worth €35 million.

In August 2009, Robben transferred to Bayern Munich for a fee of around €25 million. In his first season in Munich, Bayern won the league title, Robben's fifth league title in eight years. Robben scored the winning goal in the 2013 UEFA Champions League Final, being named to the Squad of the Season. In 2014, he was named to the FIFPro World XI and the UEFA Team of the Year, and fourth place in the Ballon d'Or. In Germany, he won 20 trophies, including eight Bundesliga titles and five DFB Pokals. During his long spell at Bayern, Robben was also known for his fruitful partnership with fellow winger Franck Ribéry – together they were affectionately referred to by the nickname Robbery.

On 15 July 2021, Robben announced his retirement from professional football. 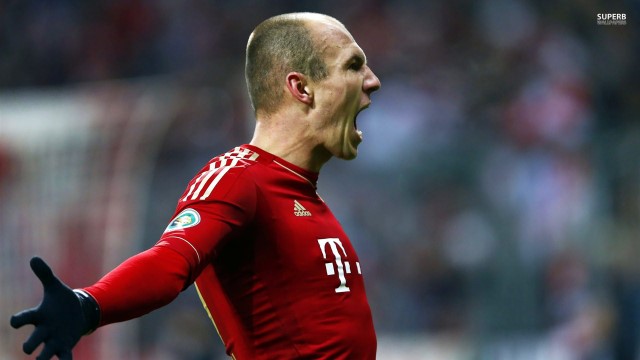