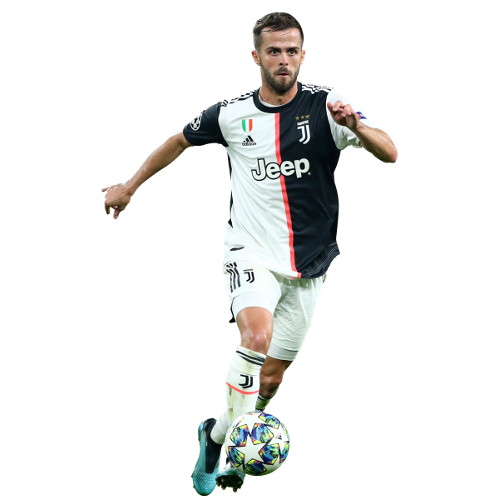 Miralem Pjanić (born 2 April 1990) is a Bosnian professional footballer who plays as a midfielder for Serie A club Juventus and the Bosnia and Herzegovina national team. During his time with Roma he was nicknamed "il Piccolo Principe" ("the Little Prince", in reference, at the time, to his young age and apprenticeship relation with "Re di Roma" ("the King of Rome"), Francesco Totti; Bosnian: "Mali Princ"), the name which also stuck with Bosnia and Herzegovina football fans and media, while in Turin he is affectionately called "Il Pianista" ("the Pianist"; Bosnian: "Pijanist"; in reference to his surname and his creative role on the pitch).

Pjanić started his professional career at Metz being there for one season. He signed for side Lyon in 2008 before signing for Roma in 2011 after three seasons at Lyon. During his time in Rome, Pjanić came to be recognized as one of the best midfielders in Serie A. In 2016, Pjanić joined Juventus, and has since been considered an integral player for the team, winning four Serie A titles, two Coppa Italias, and being named in the Serie A Team of the Year for 2015–16, 2016–17, 2017–18 and 2018–19 seasons. He was also named in the 2016–17 UEFA Champions League Squad of the Season, for his role in Juventus's run to the final. Pjanić will join Barcelona in September 2020.

A former Luxembourgish youth international, Pjanić made his senior international debut for Bosnia and Herzegovina in 2008, earning 90 caps and scoring 15 goals since. He represented the nation at their first major tournament, the 2014 FIFA World Cup.