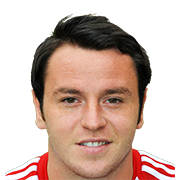 Lee Marc Tomlin (born 12 January 1989) is an English professional footballer who plays as a striker or as an attacking midfielder for Peterborough United, on loan from Premier League club Cardiff City. Tomlin was born in Leicester, Leicestershire. He started his career with the youth system of Leicester City in 1996 before joining Rushden & Diamonds's youth system in 2005. In October 2005, he became Rushden's youngest ever first-team player when he came on as a substitute for Drewe Broughton in the 74th minute. Throughout the rest of the season he made several more substitute appearances, but his first start came in November 2005, in an FA Cup first round replay against Halifax Town. He made 21 appearances in League Two in the 2005–06 season.

Before the 2006–07 season, Tomlin attracted the attention of several big clubs and he earned a trial with Liverpool. Throughout the season, he made more starts and became more of a regular in the Rushden starting eleven. He scored his first goal for the club against Weymouth, the match after Paul Hart was sacked, in the 21st minute. He immediately followed this with another goal, this time against Altrincham in the FA Cup fourth qualifying round. He scored six goals during the season, playing as a forward and on both wings. Tomlin joined Southern League Premier Division club Brackley Town in October 2007 on a one-month loan, making two appearances.

Tomlin switched to left midfield for the 2009–10 season, under his influential manager Justin Edinburgh whom he credited for his development and achieving his move to the Football League. Following the end of the season a six-figure bid for Tomlin was rejected from another Blue Square Bet Premier club believed to be Crawley Town and Rushden confirmed he would be offered a new contract.