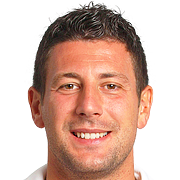 Daniele Bonera, Ufficiale OMRI (born 31 May 1981) is an Italian retired footballer who played as a central defender. He is currently working as an assistant coach at A.C. Milan.

Prior to joining Villareal in 2015, he had previously played for Italian clubs Brescia, Parma, and in particular Milan, where he won several titles, including the 2010–11 Serie A and the 2006–07 UEFA Champions League. Usually deployed as a centre-back, in his prime, he was known for his pace and versatility as a defender, and was also capable of playing as a full back on either side of the pitch.