Marco Verratti (born 5 November 1992) is an Italian professional footballer who plays as a central midfielder for French Ligue 1 club Paris Saint-Germain and the Italy national team.

A creative, hard-working, and technically gifted playmaker, Verratti began his career with Italian club Pescara in 2008, where he soon rose to prominence as one of the best young midfielders in Europe, helping the team to win the 2011–12 Serie B title, and winning the 2012 Bravo Award. His playing style drew comparisons with Andrea Pirlo, due to his passing ability, vision, and control, as well as his similar transition from the role of trequartista to that of a regista. In July 2012, he transferred to French side Paris Saint-Germain, where he won four consecutive Ligue 1 titles from 2012 to 2016, among other domestic and individual trophies.

At international level, Verratti represented the Italy under-21 football team at the 2013 UEFA European Under-21 Championship, winning a runners-up medal, and being named to the all-star squad for the tournament. At senior level, he made his Italy debut in 2012, and represented his country at the 2014 FIFA World Cup. 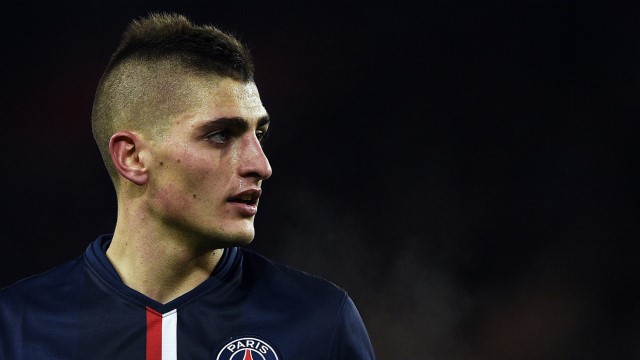