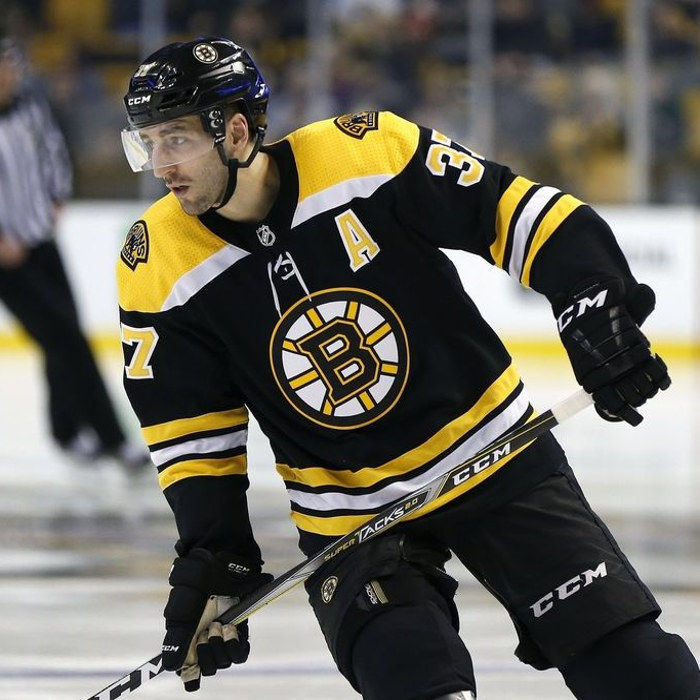 Patrice Bergeron-Cleary (born July 24, 1985) is a Canadian professional ice hockey centre and alternate captain for the Boston Bruins of the National Hockey League (NHL). Bergeron played junior hockey with the Acadie–Bathurst Titan of the Quebec Major Junior Hockey League (QMJHL) for one full season before being selected 45th overall by the Bruins in the 2003 NHL Entry Draft. He made the immediate jump from junior to the NHL after his draft and joined the Bruins in the 2003–04 season. Internationally, Bergeron competes for Canada and has won gold medals at the 2004 World Championships, 2005 World Junior Championships, 2010 Winter Olympics, and 2014 Winter Olympics. Bergeron is a member of the Triple Gold Club after winning the Stanley Cup with Boston on June 15, 2011. He scored two goals including the Stanley Cup winning goal at 14:37 of the first period of Game 7 away against the Vancouver Canucks.