Mkhitaryan plays mainly as an attacking midfielder, but can also be deployed as a wide midfielder. Born in Yerevan, Mkhitaryan began his senior career at local club Pyunik, and was instrumental in the side's success in domestic competition, winning four successive Armenian Premier League titles. This caught the attention of Ukrainian side Metalurh Donetsk, where he remained for a singular season before transferring to perennial Ukrainian Premier League champions and city rivals Shakhtar Donetsk in 2010, for a fee of €6.1 million.

During his time at Shakhtar, Mkhitaryan became renowned for his goalscoring prowess and footballing intelligence, and gained comparisons to Zinedine Zidane. Mkhitaryan registered an average of three goal involvements every four games in Ukraine, including a league record goalscoring total of 25 in the 2012–13 season, while also being named Ukrainian Premier League Footballer of the Year. After achieving a domestic double in three of his four seasons at Shakhtar, he signed for Bundesliga club Borussia Dortmund after protracted negotiations for a club-record fee of €27.5 million, making him the most expensive Armenian player of all time.

In Germany, Mkhitaryan established himself as one of the best midfielders in Europe, with his creative and goalscoring abilities firing Dortmund to a DFL-Supercup in 2014. During the following campaign, he registered the most number of assists in the Bundesliga, with 15, which ranked him second for the most in Europe. However, after again featuring as a runner-up in the Bundesliga, Mkhitaryan relocated to England to join Manchester United in a deal worth £30 million (€34.3 million), becoming the first Armenian to play in the Premier League.

Mkhitaryan's debut season saw him win the FA Community Shield, while he also scored the winner as United attained their first UEFA Europa League title. Mkhitaryan stayed a season and a half in Manchester, before lukewarm form and disillusionment with the club's footballing philosophy led him to sign for rivals Arsenal in a deal in 2018. In 2019, he joined Serie A club Roma on a season-long loan deal.

Mkhitaryan has been a member of the senior side in his native country since 2007. He is Armenia's all-time top goalscorer, scoring 29 goals in 86 international matches, as well as registering their first hat-trick. He has been named Armenian Footballer of the Year seven times, being awarded the distinction every year since 2009 (with the exception of 2010). Mkhitaryan was also voted the CIS Footballer of the Year for 2012, making him the first Armenian footballer to be named the best player from post-Soviet countries. He received the award again for 2013. 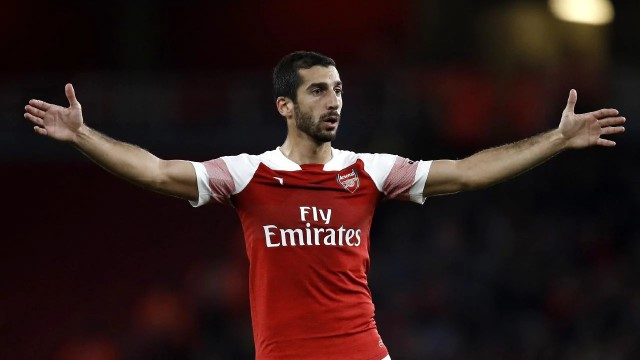 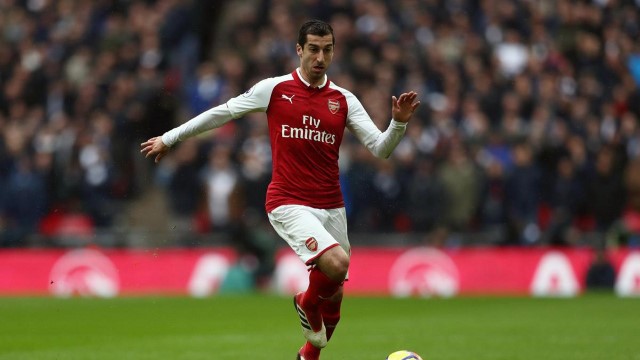