Timothy Jason Plato (born 14 October 1967 in Oxford, Oxfordshire) is a British racing car driver. He has twice been BTCC Champion, in 2001 for Vauxhall and 2010 for Silverline Chevrolet. He has finished in the top 3 in the Championship 12 times and holds the record for the most overall race wins in the BTCC. He is a presenter on motoring television series Fifth Gear.
After success in karting including a 1989 British Championship win in the Junior TKM Class, Oxford-born Plato raced in Formula Three and Formula Renault. In 1996, he entered the Renault Spider championship, taking a dominant title win.
In 1997, he gained the second drive in the Williams-Renault BTCC team, after Frank Williams organised a test between him, Gianni Morbidelli and Jean-Christophe Boullion with the fastest getting the contract offer. After being overlooked by Williams, Plato travelled to the Williams base and after some convincing, Sir Frank gave Plato the drive.
Plato took pole for his first three races in the Renault Laguna, and ultimately won 2 races as a rookie, taking 3rd in the championship which was won by his team-mate Alain Menu. He was 5th in the series in each of the next two years.
The 2022 campaign sees Plato move to Rich Energy BTC Racing, partnering Josh Cook and Jade Edwards in a Honda Civic Type R. 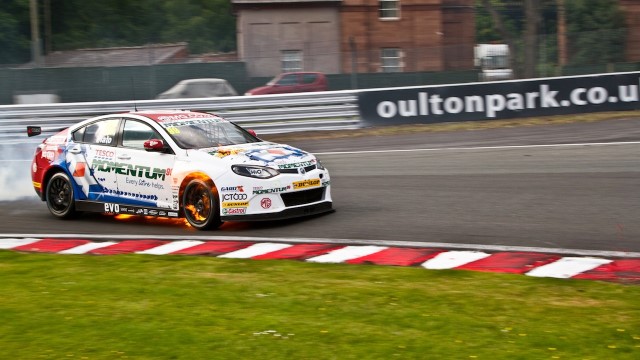