Marc Márquez Alentà (born 17 February 1993) is a Spanish Grand Prix motorcycle road racer and one of the most successful motorcycle racers of all time with eight Grand Prix world championships to his name - six of which are in the premier MotoGP class. Márquez races for Honda's factory team since his MotoGP debut in 2013. He is nicknamed the 'Ant of Cervera' worldwide and 'el tro de Cervera' in his hometown, meaning the 'Thunder of Cervera'. He is one of four riders to have won world championship titles in three different categories, after Mike Hailwood, Phil Read and Valentino Rossi. Marquez is often considered one of the greatest innovators of modern MotoGP racing, due to his comparatively exaggerated cornering technique of leaning so far over the bike he seems to be “in constant danger of sliding out”.

Born in Cervera, Catalonia, Spain, Márquez became the second Catalan rider after Àlex Crivillé and the third Spaniard after Crivillé and Jorge Lorenzo to win the premier class title, and is to date the most successful Catalan and Spanish rider in the top category.

Márquez won the 2010 125cc World Championship, the 2012 Moto2 World Championship, and the 2013, 2014, 2016, 2017, 2018 and 2019 MotoGP World Championships. Márquez became the first rider since Kenny Roberts in 1978 to accomplish the premier class title in his first season, and the youngest to win the title overall. In 2014 he defended his title, winning the championship with three rounds to spare, during which he won ten races in a row. He is the older brother of 2014 Moto3 world champion Álex Márquez. Márquez equalled the all-time Grand Prix record for pole positions at the age of 23 in 2016. Márquez secured the 2016 title with three rounds to spare at Motegi and sealed the title at Valencia in the final round of 2017. He then went on to win the 2018 title with three races to spare and became the third highest all time Grand Prix winner. He secured the 2019 title with four races to spare at the Chang International Circuit in Buriram, Thailand, marking his 8th world championship and 6th premier class championship.

Márquez remained with Honda for the 2019 season, where he currently is the champion with four races to spare. 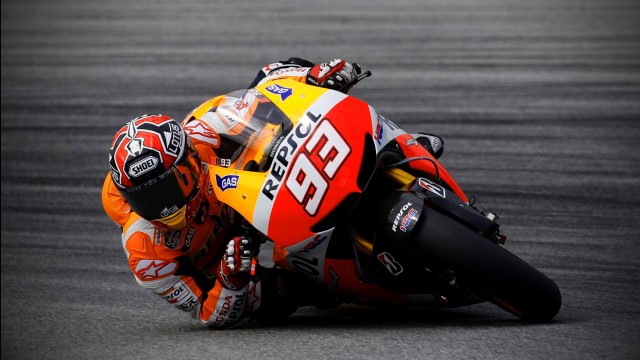