Antoine Griezmann (born 21 March 1991) is a French professional footballer who plays as a forward for Spanish club Barcelona and the French national team.

Born and raised in Mâcon, Griezmann began his senior career as a member of Spanish side Real Sociedad in 2009, with whom he won the Segunda División title in his first season, departing five seasons later to join Atlético Madrid for a then-club record €30 million. Although featuring mostly as a winger during his time with Sociedad, Griezmann adapted his game in Madrid to become a complete forward, and quickly became the focal point of the team. He went on to break the club's scoring record for a debut season, and was named in the 2014–15 La Liga Team of the Season. He was also named La Liga Best Player in 2016, and finished third for both the 2016 Ballon d'Or and 2016 Best FIFA Men's Player awards. Griezmann was again nominated for the awards in 2018, finishing third and sixth respectively, as he helped Atlético win the 2017–18 UEFA Europa League, scoring twice in the final. Griezmann also won the 2014 Supercopa de España and 2018 UEFA Super Cup during his time in Madrid, and ranks as the club's fifth-highest goalscorer. In July 2019, Griezmann departed Atlético to join league rivals Barcelona in a €120 million deal, making him the joint-fourth most expensive football player of all-time.

Griezmann is a former French youth international, representing his country at under-19, under-20 and under-21 level, and was part of the team that won the 2010 UEFA European Under-19 Championship on home soil. He earned his first cap for the senior national team in 2014, and played at that year's World Cup, helping his country to the quarter-finals. At UEFA Euro 2016, France finished runners-up as hosts, while Griezmann was the top goalscorer and was voted the Player of the Tournament. He later won the 2018 FIFA World Cup, a tournament in which he scored four goals, which earned him the Silver Boot as the second highest goalscorer of the tournament, won the Bronze Ball as the third best player, and was named man of the match in the final. 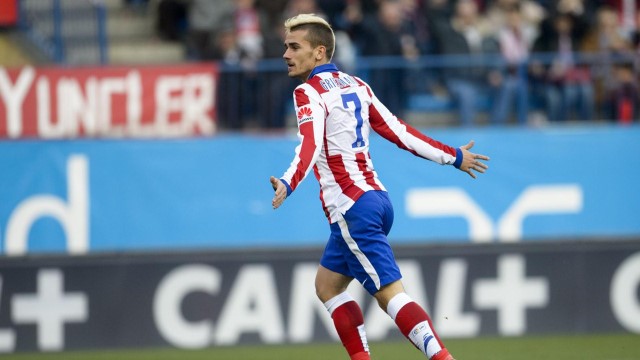