Windham Lawrence Rotunda (born May 23, 1987) is an American professional wrestler. He is currently signed to WWE, where he performs on the promotion's SmackDown brand under the ring name "The Fiend" Bray Wyatt. He is a two-time world champion in WWE, having held the WWE Championship and Universal Championship once each.

Rotunda is a third-generation professional wrestler following in the footsteps of his grandfather Blackjack Mulligan, his father Mike Rotunda, and two of his uncles, Barry and Kendall Windham. His younger brother Taylor Rotunda also performs in WWE under the ring name Bo Dallas. Alongside his brother, he held the FCW Florida Tag Team Championship twice while in WWE's developmental territory Florida Championship Wrestling (FCW), where he wrestled under various ring names between 2009 and 2012. He also briefly wrestled on WWE's main roster from 2010 to 2011 under the ring name Husky Harris, most notably as a member of The Nexus.

After returning to WWE's developmental territories, Rotunda was rebranded as Bray Wyatt, the villainous cult leader of The Wyatt Family, with the group eventually making its main roster debut in 2013. Wyatt went on to win the SmackDown Tag Team Championship (with Luke Harper and Randy Orton under the Freebird rule) once, the WWE Championship once, and the Raw Tag Team Championship (with Matt Hardy) once. After taking a hiatus in August 2018, Wyatt returned to WWE programming in April 2019 with a new gimmick of a children's entertainer, hosting a show called Firefly Fun House while simultaneously debuting a sinister alter ego known as "The Fiend". Shortly after the in-ring debut of his Fiend character, he won the Universal Championship for the first time, becoming a two time world champion in WWE. 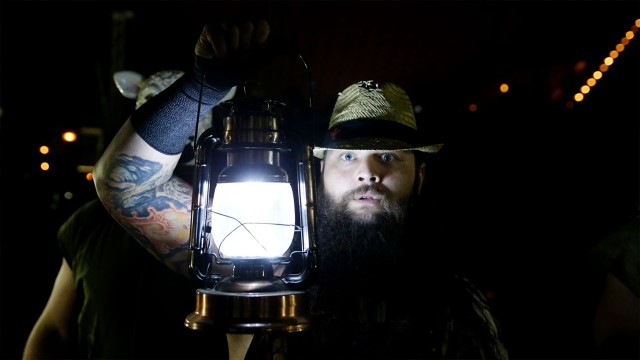