Devon Hughes (born August 1, 1972) is an American professional wrestler. He is currently signed to WWE, where he works backstage as a producer. Hughes wrestled for Extreme Championship Wrestling (ECW) from 1995 to 1999 and for the WWF/E from 1999 to 2005 and from 2015 to 2016 as D-Von Dudley and Reverend D-Von. He performed with Total Nonstop Action Wrestling (TNA) from 2005 to 2014 as Brother Devon and Devon.

Characterized by their unorthodox ring attire and usage of tables in their matches, The Dudley Boyz are one of the most successful tag teams in the history of professional wrestling, recognized by TNA as 23-time world tag team champions, and were the first tag team inducted into the TNA Hall of Fame. Including his two TNA Television Championship reigns, Hughes has held 25 major championships between ECW, WWE, TNA and New Japan Pro Wrestling (NJPW). Both Dudleys were inducted into the WWE Hall of Fame in 2018. 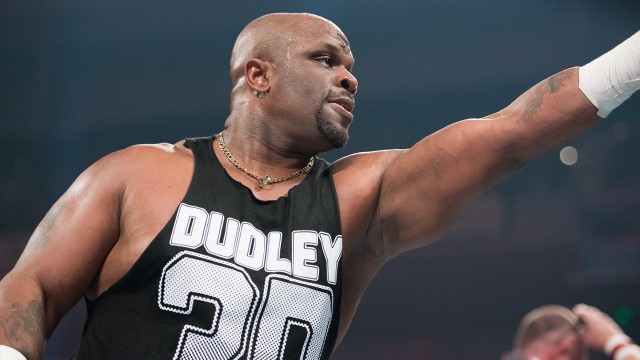