Leati Joseph "Joe" Anoaʻi (born May 25, 1985) is an American professional wrestler, actor, and former professional gridiron football player. He is part of the Anoaʻi family and is currently signed to WWE as a member of the SmackDown brand under the ring name Roman Reigns.

After playing college football for Georgia Tech, Anoaʻi started his professional football career with brief off-season stints with the Minnesota Vikings and Jacksonville Jaguars of the National Football League (NFL) in 2007. He then played a full season for the Canadian Football League's (CFL) Edmonton Eskimos in 2008 before his release and retirement from football. He then pursued a career in professional wrestling and was signed by WWE in 2010, reporting to their developmental territory Florida Championship Wrestling (FCW). As Roman Reigns, he made his main roster debut in November 2012 alongside Dean Ambrose and Seth Rollins as The Shield. The trio teamed together until June 2014, after which Reigns entered singles competition.

Reigns is a four-time world champion in WWE, having held the WWE Championship three times and the Universal Championship once. He is also a one-time United States Champion, a one-time Intercontinental Champion, a one-time WWE Tag Team Champion (with Rollins), the 2015 Royal Rumble winner, and the 2014 Superstar of the Year. He tied the WWE record for most eliminations in a Survivor Series elimination match with four in the 2013 event and set the then-record for most eliminations in a Royal Rumble match with 12 in the 2014 event. Upon winning the Intercontinental Championship, he became the twenty-eighth Triple Crown Champion and the seventeenth Grand Slam Champion.

Since 2014, WWE has attempted to establish Reigns as their next "face of the company", which has been met with audience disapproval. Reigns has headlined numerous WWE pay-per-view events, including four straight WrestleManias (31, 32, 33 and 34). 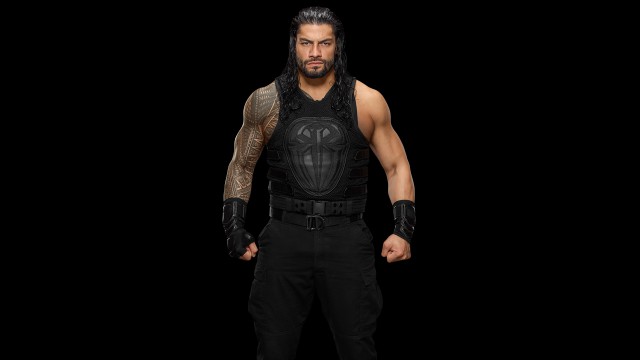 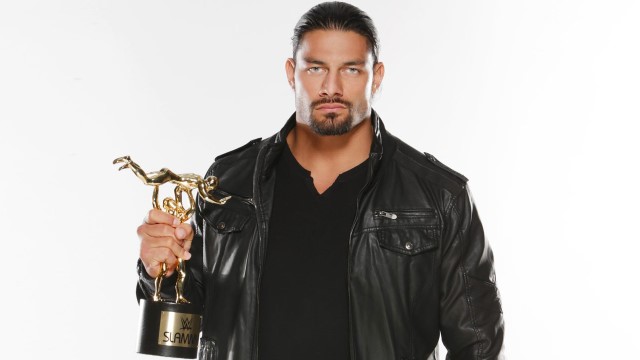