Fergal Devitt (born 25 July 1981) is an Irish professional wrestler, better known by the ring name Finn Balor. He is signed to WWE, where he performs on the NXT brand.

Devitt is widely known for his tenure with New Japan Pro-Wrestling (NJPW) as Prince Devitt, where he is a three-time IWGP Junior Heavyweight Champion and six-time IWGP Junior Heavyweight Tag Team Champion, having held the title twice with Minoru and four-times with Ryusuke Taguchi. He is also a two-time winner of the Best of the Super Juniors tournament, having won in 2010 and 2013, as well as being a founding member and the original leader of the Bullet Club stable. Through NJPW's working relationship with Mexican promotion Consejo Mundial de Lucha Libre (CMLL), Devitt also wrestled there, becoming a one-time NWA World Historic Middleweight Champion. He also wrestled for a number of independent promotions, becoming a one-time ICW Zero-G Champion, one-time RPW British Cruiserweight Champion and a two-time NWA British Commonwealth Heavyweight Champion.

After signing with WWE's developmental system, NXT, and adopting his current ring name, Bálor became a one-time NXT Champion, with his reign being the longest in the title's history at 292 days (although WWE recognizes it at 293). Also during his time in NXT, Bálor became the first co-winner of the inaugural Dusty Rhodes Tag Team Classic with Samoa Joe. Shortly after arriving on the main roster, Bálor became the first wrestler in WWE history to win a world title in their pay-per-view debut, as well as becoming the quickest wrestler in WWE history to win a world title at 27 days following his main roster debut by becoming the inaugural Universal Champion at SummerSlam 2016. 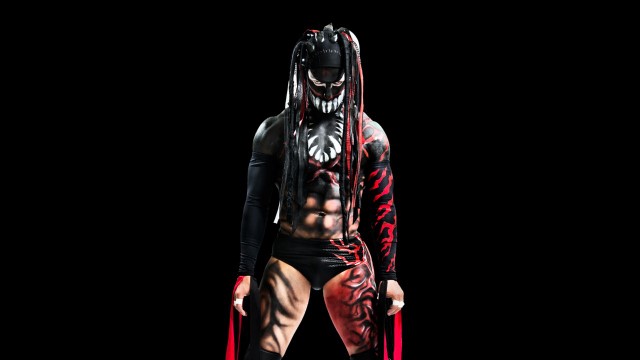