Richarlison de Andrade (born 10 May 1997), known as Richarlison (Brazilian Portuguese: ), is a Brazilian professional footballer who plays as a forward for Premier League club Everton and the Brazilian national team.

He began his professional career with América Mineiro in 2015, winning promotion from the Campeonato Brasileiro Série B in his only season before transferring to Fluminense. He totalled 67 matches and 19 goals in his two years there, and was named in the Team of the Season when the club finished as runners-up in the 2017 Campeonato Carioca. He then signed for Watford, and a year later Everton.

At international level, Richarlison made his senior debut for Brazil in 2018, and was later a member of the team that won the 2019 Copa América.
Born in Nova Venécia, Espírito Santo, Richarlison joined América Mineiro's youth setup in December 2014, from Real Noroeste. In June of the following year he was promoted to the first team by manager Givanildo Oliveira. Richarlison made his professional debut on 4 July 2015. 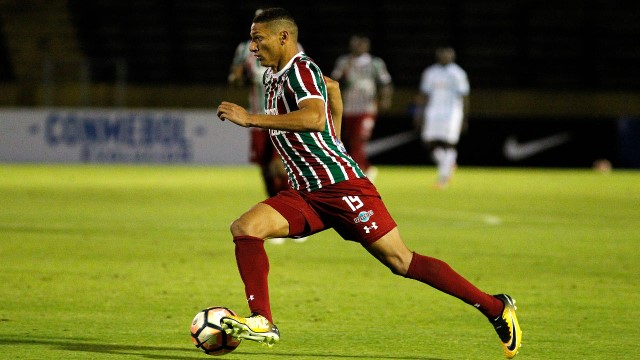