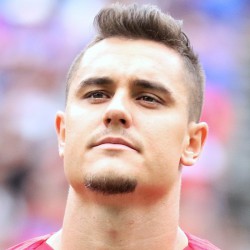 Career
Youth and college
Long graduated from Serrano High School where he lettered in both football and soccer. Long played four years of college soccer at UC Riverside between 2010 and 2013, recording 13 goals and 5 assists during those years. While at college, Long also appeared for USL PDL club FC Tucson during their 2012 and 2013 seasons.

Professional
Long was drafted by Portland Timbers in the second round (36th overall) of the 2014 MLS SuperDraft. After signing with Portland, Long was loaned to their USL Pro affiliate Sacramento Republic, where he made his debut on March 29, 2014 in a 1–1 draw against LA Galaxy II. He also played for Orange County Blues during the 2014 season on a short-term loan.

Long was released by Portland on July 2, 2014. He went on to join Seattle Sounders FC during the 2014 season, but did not make an appearance with the first team. On March 14, 2015 Long signed with Seattle Sounders FC 2. On July 12, 2015 Long scored his first goal as a professional in a 4–0 victory over Arizona United SC. He was a regular starter for Sounders 2 playing as a midfielder before being converted to centerback, appearing in 28 matches and recording one goal and two assists.

Long went on trial with New York Red Bulls during the 2016 pre-season, and on March 10, 2016 signed with affiliate club New York Red Bulls II. Long made his official debut for the club appearing as a starter in a 2–2 draw against Toronto FC II. On June 19, 2016 Long scored his first goal for the club helping them to a 2–2 draw at Orlando City B. On June 26, 2016 Long helped New York to a 4–1 victory against the Wilmington Hammerheads scoring the clubs second goal of the match.

On August 16, 2016, Long made his debut for the Red Bulls first team, appearing as a starter in a 1–1 draw against Alianza F.C. in the CONCACAF Champions League. On October 2, 2016, Long scored two goals to help New York Red Bulls II advance to the Eastern Conference Semifinals of the 2016 USL Playoffs in a 4–0 victory over Orlando City B. On October 18, 2016 Long was named to the 2016 USL All-League First Team. Days later Long helped the club to a 5–1 victory over Swope Park Rangers in the 2016 USL Cup Final. On November 1, 2016 Long was named as the 2016 USL Defender of the Year after leading a defense that conceded the fewest goals in the league during the regular season.

On September 2, 2017, Long scored his first goal with New York Red Bulls in a 2–2 draw at FC Dallas. He ended his first full season with the first team appearing in 41 matches and scoring 1 goal, establishing himself as a first choice center-back.

On March 31, 2018, Long scored his first goal of the 2018 season for the New York Red Bulls in a 4-3 loss to Orlando City SC. On June 6, 2018, Long scored the second goal of the match in New York's 4-0 derby win over New York City FC in the fourth round of the 2018 Lamar Hunt U.S. Open Cup. On June 23, 2018 Long scored another goal in a 3-0 victory over FC Dallas. On November 7, Long was named MLS defender of the year after leading the Red Bull's defense in only conceding 33 goals all season long as the club captured the 2018 MLS Supporters' Shield.

International
On September 2, 2018, Long received his 1st call up to the national team.