Hart joined his father Stu Hart's promotion Stampede Wrestling in 1976 as a referee, and made his in-ring debut in 1978. He gained championship success throughout the 1980s and 1990s in the World Wrestling Federation (WWF, now WWE), where he helmed The Hart Foundation stable. He left for World Championship Wrestling (WCW) following the controversial "Montreal Screwjob" in November 1997, where he remained until October 2000. Having been inactive from in-ring competition since January 2000, owing to a December 1999 concussion, he officially retired in October 2000, shortly after his departure from the company. He returned to sporadic in-ring competition from 2010–2011 with WWE, where he won his final championship, headlined the 2010 SummerSlam event, and served as the general manager of Raw. Throughout his career, Hart headlined WrestleMania IX, X, and XII, and participated in the main event of Starrcade 1997 and 1999 – as a special enforcer and referee in the former.

Hart has held championships in five decades from the 1970s to the 2010s, with a total of 32 held throughout his career, and 17 held between the WWF/WWE and WCW. Among other accolades, he is a five-time WWF World Heavyweight Champion and a two-time WCW World Heavyweight Champion. Hart has most combined days as WWF World Heavyweight Champion during the 1990s (654), and was the first WCW World Heavyweight Champion born outside the United States. He is the second WWF Triple Crown Champion and fifth (with Goldberg) WCW Triple Crown Champion, and the first man to win both the WWF and WCW Triple Crown Championships. Hart is also the 1994 Royal Rumble match winner (with Lex Luger), and the only two-time King of the Ring, winning the 1991 tournament and the first King of the Ring pay-per-view in 1993. Stone Cold Steve Austin, with whom Hart headlined multiple pay-per-view events as part of an acclaimed rivalry from 1996 to 1997, inducted him into the WWE Hall of Fame class of 2006. In 2019, Hart became one of four people to enter the WWE Hall of Fame twice, when he was inducted again as a member of The Hart Foundation, with brother-in-law Jim Neidhart.

Outside of wrestling Hart has appeared in numerous films and television shows such as The Simpsons as well as featuring in several documentaries, both about himself specifically and others about his family or the wrestling industry in general. Hart also helped found and lent his name to the major junior ice hockey team the Calgary Hitmen, and has written two biographies along with a weekly column for the Calgary Sun for over a decade. After his retirement Hart has spent much of his time on charitable efforts concerning stroke recovery and cancer awareness since his personal experiences with the two. 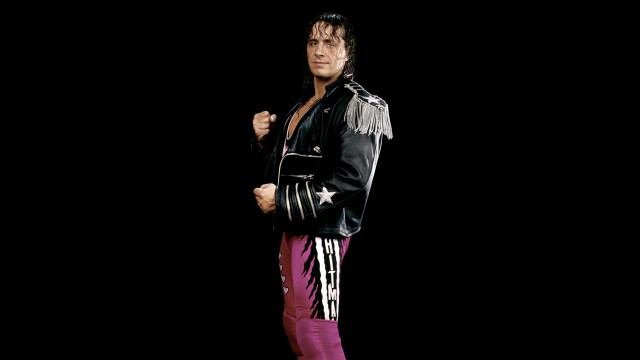