Melina Nava Perez (born March 9, 1979) is an American model, professional wrestler and valet. She is best known for her time with WWE under the ring name Melina. She is currently signed to the National Wrestling Alliance (NWA).

In 2000, Perez began training to be a professional wrestler at Jesse Hernandez's School of Hard Knocks, and made her debut in 2002. In late 2002, Perez auditioned for WWE's reality show Tough Enough III, but was eliminated in first round, and was inspired by Al Snow to continue pursuing her wrestling career. In March 2004, Perez signed a contract with WWE, and was assigned to OVW, WWE's developmental territory, where she began managing Johnny Nitro and Joey Mercury, dubbed MNM, to three reigns as WWE Tag Team Champions, as well as Nitro to two reigns as WWE Intercontinental Champion. Perez is a three-time WWE Women's Champion, and a two-time WWE Divas Champion. After winning her second WWE Divas Championship, Perez became the first woman in WWE history to become a multiple-time champion with both the Women's and Divas titles. Famed for her flexibility, utilized during her entrance and in her in-ring maneuvers, Perez was called "one of the best wrestlers in the world" by Bret Hart, and cited by WWE as having "perhaps the most impressive arsenal of offensive maneuvers in WWE history." 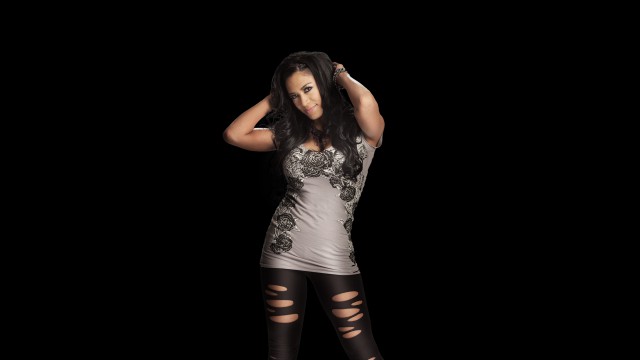