Elizabeth Copeland (née Kociański) (born November 24, 1980) is an American professional wrestler and color commentator, better known by her ring name Beth Phoenix. She is currently signed to WWE and performs as commentator on the NXT brand. As a wrestler, she is a former WWE Divas Champion, a three-time WWE Women's Champion, and the youngest person to ever be inducted into the WWE Hall of Fame.

Kociański had a successful amateur wrestling career in high school, before being trained by the All Knighters. After her debut in May 2001, she wrestled for numerous independent promotions. She also appeared at the inaugural Shimmer Women Athletes shows. In 2004, she began working for Ohio Valley Wrestling (OVW), and signed a developmental contract with WWE in October 2005. She debuted on WWE's Raw brand in May 2006, but suffered a legitimate broken jaw the following month. As a result, she had numerous surgeries and returned to OVW for further training. While there, she won the OVW Women's Championship twice, although her second reign is not officially recognized by OVW.

She returned to the Raw brand in July 2007, and was heavily pushed, dominating the other WWE Divas and gaining the nickname, "The Glamazon". She won her first WWE Women's Championship at the No Mercy pay-per-view in October, and held it for six months. She then developed an on-screen relationship with Santino Marella, dubbed "Glamarella", and won the Women's Championship for a second time in August 2008, holding it until January 2009. In January 2010, at the Royal Rumble, she became the second woman in the history of the event to enter the men's Royal Rumble match, and went on to win the Women's Championship for the third time in April, holding it for a month. In October 2011, Phoenix won the WWE Divas Championship for the first time and lost it in April 2012.

Phoenix retired and left WWE on October 2012 to focus on her family life with boyfriend and later husband Adam Copeland, famous in WWE as Edge, with whom she subsequently had two daughters. On February 27, 2017, she was announced as an inductee in the WWE Hall of Fame. Her induction made her the quickest female to be inducted after her retirement and the youngest inductee in history at age 36. In 2018, she competed in the first-ever women's Royal Rumble match, making her the first wrestler to have participated in both the men's and women's matches, and became a part-time color commentator for WWE. The following year, she became the first woman to be inducted in the George Tragos/Lou Thesz Professional Wrestling Hall of Fame, a hall of fame dedicated to professional wrestlers with an amateur background.

On the March 18, 2019 episode of Raw, Phoenix came out of retirement to reform her 2011–2012 tag team The Divas of Doom with Natalya, with the duo unsuccessfully trying to capture the WWE Women's Tag Team Championship at WrestleMania 35. 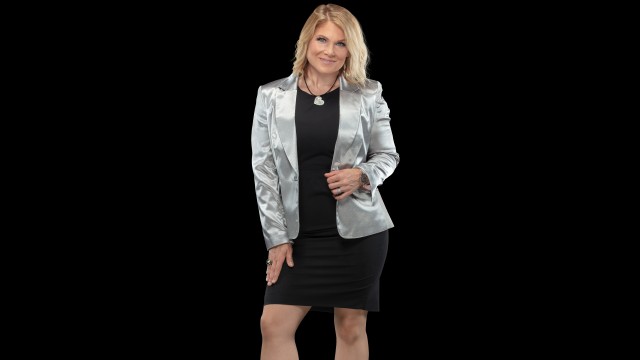