Amy Christine Dumas (/dʊˈmɑː/; born April 14, 1975), better known by her ring name Lita, is a retired American professional wrestler, animal welfare activist and singer. She performed as a wrestler with WWE from 2000 to 2006, and has since made part-time appearances with the company. She was inducted into the WWE Hall of Fame in 2014.

Initially using the name of Angelica, Dumas started her wrestling career in Mexico with the Consejo Mundial de Lucha Libre (CMLL) in 1998, followed by briefly working on the US independent circuit in early 1999 and then working for 6 months in Extreme Championship Wrestling (ECW). Dumas then signed with the World Wrestling Federation (WWF, later WWE) in November 1999, debuting in February 2000 as Lita. Originally, she was paired with Essa Rios, but she achieved her greatest push alongside Matt and Jeff Hardy as Team Xtreme, and in 2005–2006 was a heel wrestler, including as a manager to Edge. Throughout her career, she won the WWE Women's Championship where she is an overall four time champion in WWE.

After her retirement from wrestling in 2006, she formed the punk rock band The Luchagors. The band released their self-titled debut album on September 11, 2007. 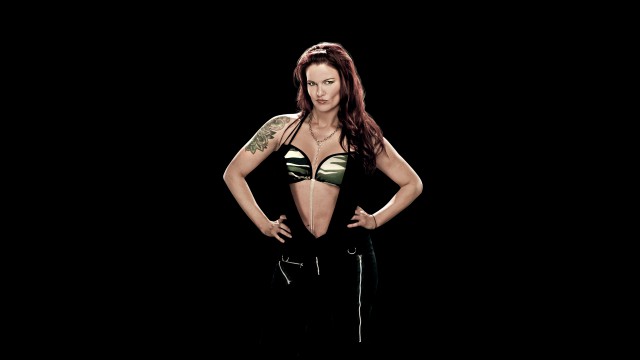