Aloysius Martin "Lou" Thesz (April 24, 1916 – April 28, 2002) was an American professional wrestler. A fifteen-time world champion, he held the NWA World Heavyweight Championship three times for a combined total of 10 years, three months and nine days (3,749 days) – longer than anyone else in history. Thesz is widely regarded as one of the greatest wrestlers of all time. Among his many accomplishments in the sport, he is credited with inventing a number of professional wrestling moves and holds such as the belly-to-back waistlock suplex (later known as the German suplex due to its association with Karl Gotch), the Lou Thesz press, stepover toehold facelock (STF), and the original powerbomb. In addition to being a member of its inaugural class, he helped establish the George Tragos/Lou Thesz Professional Wrestling Hall of Fame and is a charter member of several other halls of fame, including: WCW, Wrestling Observer Newsletter, Professional Wrestling and WWE's Legacy Wing. Thesz was known for his serious style, legitimate toughness and expertise in catch wrestling. 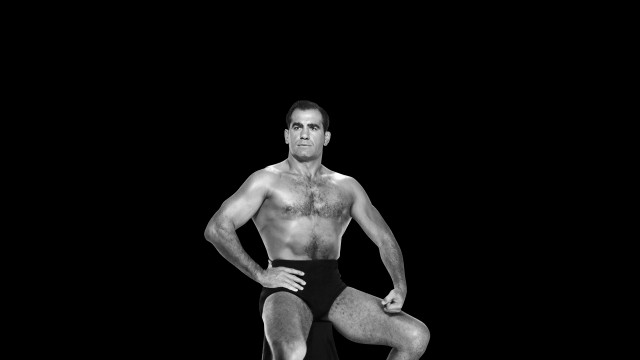