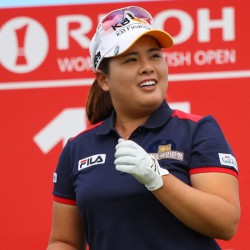 Park has won seven major championships in her career, including three consecutive major wins during the 2013 season, becoming only the fourth LPGA Tour player to win three majors in a calendar year. She is the youngest player to win the U.S. Women's Open and the second player, after Annika Sorenstam, to win the Women's PGA Championship three years in a row. Park is only the seventh player to win four different majors during her career and capture a career Grand Slam. In 2016, she won the first Olympic gold medal since 1900 in the women's individual tournament. Park has endorsement deals with KB Financial Group, Srixon, Panasonic, Lynx, Jeju Samdasoo & Mercedes-Benz.