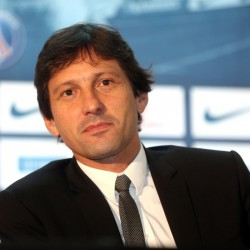 A versatile player, he was employed in several positions throughout his career, including as an attacking midfielder, left winger, and left-back; his best-known and most successful period was at A.C. Milan, in the role of attacking midfielder (or trequartista) behind the forwards. He played for teams in Brazil, Spain, Japan, France and Italy, winning titles with Flamengo, São Paulo, Kashima Antlers and Milan.

A former Brazil international, he played in the 1994 World Cup winning side, as well as the team that finished runners-up in the 1998 edition of the tournament. He also represented his nation in two Copa América tournaments, reaching the final in 1995, and winning the title in 1997, also claiming the FIFA Confederations Cup in the same year.

Following his retirement, he also served as a coach for Italian side Milan, and successively as coach of crosstown rivals Internazionale, where he won a Coppa Italia title in 2011. He coached Antalyaspor in 2017. He later served as director of football at French club Paris Saint-Germain.