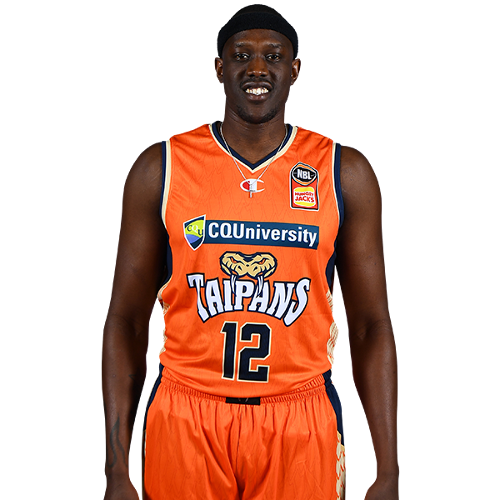 Kouat Noi (born 29 October 1997) is a Sudanese-Australian basketball player for the Cairns Taipans of the Australian National Basketball League (NBL).

Early life
Noi was born in Khartoum, Sudan during height of the Second Sudanese Civil War. His family fled the country amid escalations of the conflict, first to Egypt and later to Australia in 2002. Growing up in Newcastle, he blossomed into a basketball star, and went on to average 9.1 points and 4.3 rebounds while helping lead Australia to a silver medal at the 2014 FIBA Under-17 World Championship in Dubai.

In 2014, Noi moved to the United States and enrolled at Montverde Academy in Montverde, Florida, where he briefly played alongside Ben Simmons. As a senior in 2015-2016, Noi averaged more than 19 points per game for the Eagles.

College career
Noi enrolled at Texas Christian University (TCU) on a basketball scholarship in the summer of 2016, and redshirted in his first season on campus as the Horned Frogs won the 2017 NIT title under first-year head coach Jamie Dixon.

As a sophomore, Noi registered his first collegiate 20-point game with a 27-point performance against Eastern Michigan on 26 November 2018 and his first career 30-point game against Oklahoma on 12 January 2019. Noi averaged 13.9 points and 4.9 rebounds per game as a sophomore playing in 31 games, including 19 starts. He declared for the 2019 NBA draft, forfeiting his remaining two years of eligibility. He later withdrew from the draft.

Professional career
In July 2019 Noi signed with the Cairns Taipans of the Australian National Basketball League.