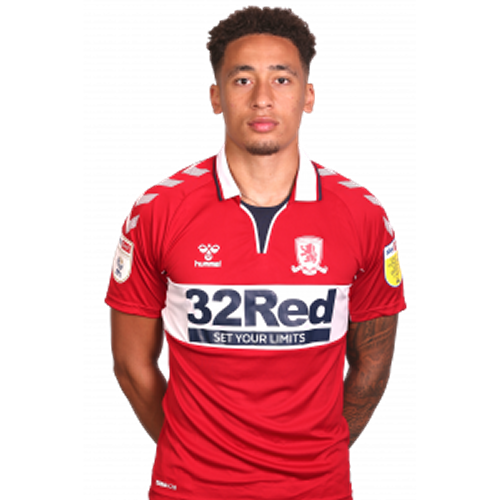 Marcus Joseph Tavernier (born 22 March 1999) is an English professional footballer who plays as a left winger for Championship club Middlesbrough.

Tavernier has also represented England at U19 and U20 level.

Club career
Having previously played for Newcastle United, Tavernier joined the academy of Middlesbrough at under-14 level and became a regular for his side in the Premier League 2. He also played in two games for his club in the 2015–16 UEFA Youth League.

Tavernier made his professional debut for the club in the second round of the EFL Cup, starting in a 3–0 win against Scunthorpe United at the Riverside Stadium on 22 August 2017. He scored his first goal for the club on 24 October in the EFL Cup, during a 3–1 loss to Bournemouth at Dean Court, and his first league goal in the Championship in a 1–0 win over rivals Sunderland at the Riverside Stadium on 5 November.

On 17 January 2018, Tavernier joined relegation-threatened EFL League One side Milton Keynes Dons on loan until the end of the 2017–18 season. He made his debut for the club three days later in a 2–1 defeat to relegation rivals Northampton Town. The club were subsequently relegated to the fourth tier of English football at the end of their unsuccessful campaign, with Tavernier failing to score in several appearances.

International career
Tavernier made his international debut at U19 level, starting in a 2–2 draw against Slovakia U19s at the NTC Senec stadium on 9 October 2017. In July 2018, Tavernier was included in the squad for the 2018 UEFA European Under-19 Championship. He scored in a group stage draw against the Ukraine.

Personal life
Tavernier was born in Leeds, West Yorkshire. His older brother James Tavernier is a footballer who plays and is captain for Rangers.