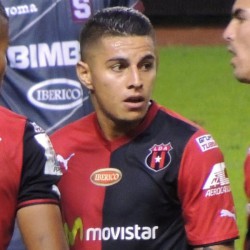 New York City
Matarrita was signed to New York City from Alajuelense on 20 January 2016 for an undisclosed fee. Matarrita made his MLS debut against the Chicago Fire on 6 March 2016. He scored his first goal for New York City during a 2-0 victory over the Seattle Sounders on 25 June 2016. After a strong first season, he was named New York City's Defensive Player of the Year for 2016.

FC Cincinnati
On 29 December 2020, Matarrita was traded to FC Cincinnati in exchange for $500,000 of General Allocation Money.

International
Matarrita has represented Costa Rica at under-17, under-20, under-22, and senior levels. He made his senior debut on 5 September 2015 in a friendly against Brazil. He scored his first goal for Costa Rica 6 September 2016, in a 3-1 win over Panama, in a World Cup qualification match. Matarrita was called up for the 2018 FIFA World Cup, but was ruled out of the tournament three days before Costa Rica's debut due to a harmstring injury.