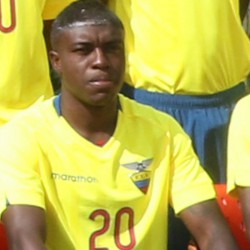 Club career
Independiente DV
Méndez joined the Independiente del Valle academy in 2011. By 2014 he had been promoted to the club's B team and made his first-team debut on 7 March 2015 in a victory over L.D.U. Loja in the Serie A Primera Etapa. After two substitute appearances, Méndez was loaned to Cultural Leonesa in Spain, making one substitute appearance for the club on 29 November 2015. Upon his return to the club, Méndez had to wait until gameweek 15 of the 2016 season to play his next game, appearing as a substitute in a defeat to Fuerza Amarilla on 13 May 2016. He followed that up by playing the full 90 minutes in six of the final ten games of the Serie A Primera Etapa and a further 12 appearances in the Segunda Etapa as he cemented himself as a first-team regular.

Orlando City
On 28 December 2018, Méndez signed to Major League Soccer team Orlando City. He made his debut in the season opener at home to New York City FC on March 2, 2019. In July 2019, Méndez was part of the Orlando City team alongside Nani and Chris Mueller that won the 2019 MLS All-Star Skills Challenge, beating teams from the MLS All-Stars and Atlético Madrid to win the $25,000 prize for charity.

International career
Méndez was a member of Ecuador’s 2017 South American U-20 Championship squad which reached the final of the tournament.

In October 2018, Méndez was called up to the senior Ecuador national team by manager Hernán Darío Gómez for the first time. He made his debut on 11 September 2018, playing 73 minutes in a 2–0 friendly victory over Guatemala at Toyota Park, Bridgeview, Illinois. In May 2019, he was called into the squad for the 2019 Copa América, his first senior international tournament. After sitting out the first group game, Méndez started against Chile and drew a foul from goalkeeper Gabriel Arias to win a penalty, Ecuador's only goal of a 2–1 defeat. He started the following game, a 1–1 draw with Japan. Ecuador were eliminated after finishing bottom of Group C with one point.