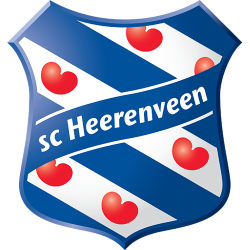 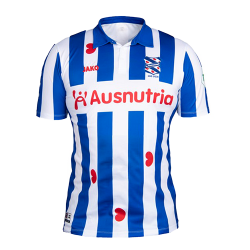 Sportclub Heerenveen (West Frisian: Sportklub It Hearrenfean) football club that plays in the Eredivisie, the top level of football in the Netherlands.

Sportclub Heerenveen was founded on 20 July 1920 in the town of Heerenveen, Friesland, as Athleta. It changed name twice, first to Spartaan and then to v.v. Heerenveen in 1922. While the Netherlands was occupied by Germany, Heerenveen won three successive North of the Netherlands championships, and following the end of World War II it went on to win the same title six times in a row; the club's dominance partly ascribed to the presence of Abe Lenstra. During this period, Lenstra led Heerenveen to a famous victory over Ajax in one of the most noted games in Dutch domestic football history. Trailing 5–1 with 25 minutes remaining, the Frisian team inexplicably fought back for a 6–5 victory.

During the 1950s, Heerenveen regional dominance faded and after Dutch football turned professional Lenstra left to join Sportclub Enschede, before the club he departed was relegated to the Tweede Divisie. By the end of the decade, Heerenveen was in the Eerste Divisie, but found itself relegated again. In 1969–70, the Frisian club won the Tweede Divisie to return to the Eerste Divisie and for two seasons in the 1970s, the club was close to achieving promotion to the top-flight Eredivisie. By 1974, the club was in financial trouble and to ensure its survival it was split into amateur and professional sections on the 1st of June 1977, the professional part being renamed sc Heerenveen.

In the 1980s, Heerenveen twice made the promotion playoffs, but were unsuccessful both times. It finally reached the Eredivisie in 1990, becoming the first Frisian club to reach the top level, at the expense of near-neighbours Cambuur. The achievement was overseen by Frisian coach Foppe de Haan. Heerenveen's first season in the Netherlands' top division was not at all successful and it was relegated, before returning in 1993, though they reached the final of the KNVB Cup while still an Eerste Divisie club. Having established itself as a top-flight club, Heerenveen moved to a new stadium, named after their most celebrated player, the Abe Lenstra Stadion, and reached the final of the KNVB Cup for a second time. The 1998 semi-final in the cup competition was lost to Ajax. Because Ajax and the other finalist, PSV, had both qualified for the cup final, a decision match was needed to fill in the vacant spot for the next season's UEFA Cup Winners' Cup. Heerenveen had to play against the other losing semi-finalist, Twente. Heerenveen won that match in which Ruud van Nistelrooy scored his last goal for Heerenveen. The match ended 3–1.

Heerenveen became regular competitors in the UEFA Cup, and in 1999–2000 finished second in the Eredivisie, its highest ever finish, and qualified for the 2000–01 UEFA Champions League.

The club was led from 1983 until September 2006 by president Riemer van der Velde, the longest tenure of any president with a professional club in the Netherlands. As the results of recent transfers that include Klaas-Jan Huntelaar, Afonso Alves, Michael Bradley, Miralem Sulejmani, Petter Hansson and Danijel Pranjić (and earlier players like Jon Dahl Tomasson, Marcus Allbäck, Erik Edman, Ruud van Nistelrooy, Igor Korneev and Daniel Jensen), Heerenveen is one of the most financially secure Eredivisie clubs. A 2010 report by the Dutch football association showed that Heerenveen is the only Eredivisie club that has a financially secure budget. Under the tenure of Trond Sollied, Heerenveen won its first KNVB Cup, also its first ever major trophy. Trond Sollied, however, was sacked on 31 August 2009 due to a weak opening of the season and a conflict with the board.

On 17 May 2009, the club defeated Twente 5–4 in a penalty shoot-out to win the Dutch Cup for the first time after a 2–2 draw in the final, with Gerald Sibon scoring the winning penalty. On 13 February 2012, it was announced that Marco van Basten would replace Ron Jans, who had led Heerenveen for two years, as team manager for the 2012–13 season. Abe Lenstra Stadion is a football stadium, located in Abe Lenstra Boulevard 23Q, Heerenveen, Netherlands. It is currently used mostly as a home ground for Eredivisie club Heerenveen. The current capacity is 26,400.