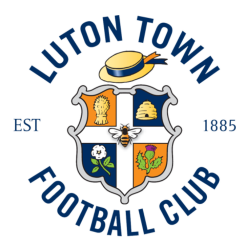 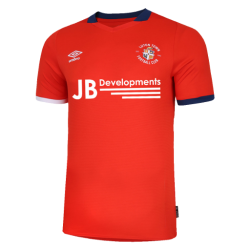 Luton Town Football Club is a professional association football club based in the town of Luton, Bedfordshire, England, that competes in the Championship, the second tier of the English football league system.
Founded in 1885, it is nicknamed "the Hatters" and affiliated to the Bedfordshire County Football Association. The club's history includes major trophy wins, several financial crises, numerous promotions and relegations, and some spells of sustained success. It was perhaps most prominent between 1982 and 1992, when it was a member of English football's top division, at that time the First Division; the team won its only major honour, the Football League Cup, in 1988. Kenilworth Road is a football stadium in Luton, Bedfordshire, England. It has been home to Luton Town Football Club since 1905 when they left Dunstable Road. The ground has also hosted women's and youth international matches.
The 10,356 all-seater stadium is situated in Bury Park, one mile (1.6 km) west of the centre of Luton. It is named after the road which runs along one end of it, but the official address is 1 Maple Road. Kenilworth Road hosted football in the Southern League until 1920, then in the Football League until 2009, when Luton were relegated to the Conference Premier. It has hosted Football League matches once more since 2014.