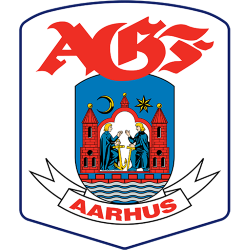 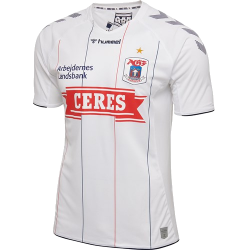 Aarhus Gymnastikforening (AGF or AGF Aarhus) is one of the oldest sport clubs in Denmark. The club was founded in 1880, mainly with gymnastics but also fencing as the main sports. However AGF is best known for its football team, which was introduced in 1902.

AGF has won 5 Danish Football Championships and a record 9 Danish Cups. In 1961 AGF reached the quarterfinal of the European Cup. In 1989 AGF again reached a European quarterfinal this time in the UEFA Cup Winners' Cup. Atletion is a combined sport venue, in Aarhus, Denmark, where the football stadium and the arena are the main parts.

After the expansion of the stadium in 2001, there are now seats for 20,032 spectators. It's a modern stadium, and the pitch is heated, so even the first games of the season can be played, no matter how the weather is. The stadium is the center for football in Århus. AGF plays all its home matches on Atletion.

On May 27, 2006, the Danish national football team played a friendly against Paraguay. This was the first national home match not played in Parken in Copenhagen since 1992.

In 2007, the park played host to two of Denmark's Euro 2008 qualifying matches against Liechtenstein and Spain after UEFA ordered the matches played away from Copenhagen following a fan attack in a previous match against Sweden.

In 2011 Atletion hosted the final of the 2011 UEFA European Under-21 Football Championship. Three group stage matches were also played at the stadium.

The park has hosted concerts by many famous artists, including Cliff Richard, Elton John, Depeche Mode and George Michael, among others.