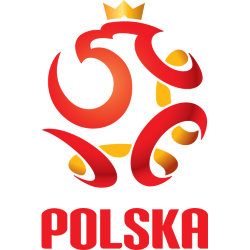 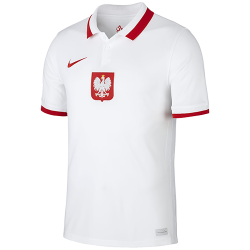 Nicknames
Biało-czerwoni (The White and Red)

The Poland national football team (Polish: Reprezentacja Polski w piłce nożnej) has represented Poland in men's international football competitions since their first match in 1921. The team is controlled by the Polish Football Association, the governing body for football in Poland.

Poland has competed at eight FIFA World Cups with their first appearance being in 1938 where they were eliminated by Brazil. The country's best result is a bronze medal which Poland won in 1974 and 1982, with this era being regarded as the golden era of Polish international football. At the UEFA European Championship, Poland's best result was a quarter-finals appearance at the 2016 tournament before losing to Portugal. Overall they have competed in three European Championships with their debut being in 2008. They were co-hosts of the 2012 edition, along with Ukraine. Overall, Poland's best ever result in international football tournaments was the gold medal won at the 1972 Munich Olympics, along with winning the silver medal on two occasions; at the 1976 Montreal Olympics and at the 1992 Barcelona Olympics. The PGE Narodowy (official name since 2015) or National Stadium (Polish: Stadion Narodowy) is a retractable roof football stadium located in Warsaw, Poland. It is used mostly for football matches and it is the home stadium of Poland national football team.

The stadium has a seating capacity of 58,580 which makes it the largest association football arena in Poland. Its construction started in 2008 and finished in November 2011. It is located on the site of the former 10th-Anniversary Stadium, on Aleja Zieleniecka in Praga Południe district, near the city center. The stadium has a retractable PVC roof which unfolds from a nest on a spire suspended above the centre of the pitch. The retractable roof is inspired by the cable-supported unfolding system of Commerzbank-Arena in Frankfurt, Germany, and is similar to the newly renovated roof of BC Place in Vancouver, British Columbia, Canada. The stadium is also very similar to the Arena Națională in Bucharest in terms of age, capacity and the roof.

The National Stadium hosted the opening match (a group match), the 2 group matches, a quarterfinal, and the semifinal of the UEFA Euro 2012, co-hosted by Poland and Ukraine.

The stadium is equipped with a heated pitch, training pitch, façade lighting, and underground parking. It is a multipurpose venue able to host sporting events, concerts, cultural events, and conferences. The official stadium opening took place on 19 January 2012, and the first football match was played on 29 February 2012. The match between the Polish national football team and the Portuguese team ended with a 0–0 draw.